Our second Saturday of t-ball!

We had a little more idea of what to expect this time.

We started with practice.

Some running of the bases.  And tossing the ball around.  And hitting the ball. 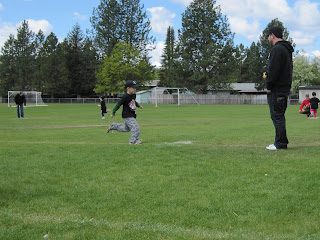 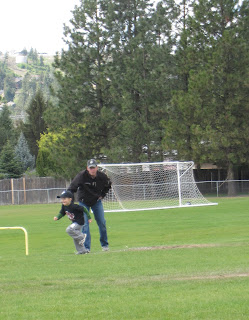 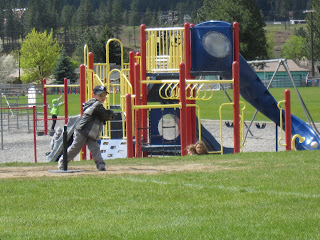 Then it was game time!

Once again Preston was a huge fan of his team being up to bat.  And him getting a turn to hit and run the bases. 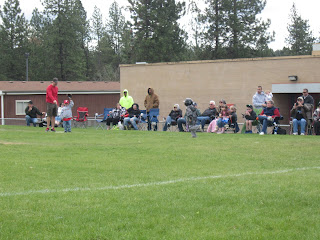 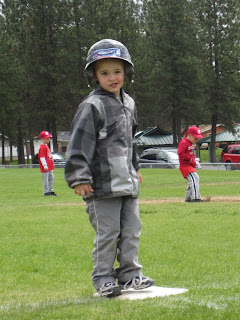 Like I said though he was kind of over playing out in the field.  Not nearly as much fun.  So it was a little bit difficult to get him to pay complete attention. 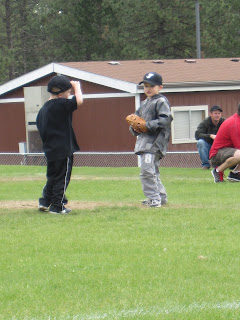 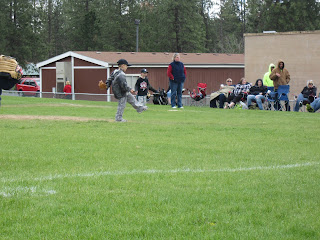 Lucky for him the inning only lasted so long and then get got to bat and run the bases again! 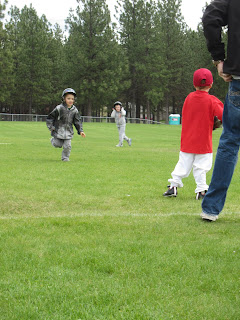 We had to leave early for a birthday party so Preston missed the third inning. But since that inning is just kind of too much for the kids I'm thinking that was probably a good thing!