The Start Of Preston's Birthday

So I know it's early since Preston's birthday isn't until the middle of July. But we've already gotten started on celebrating it this year.

Since preschool is ending at the end of this month Preston got to bring a special birthday snack and decorate his birthday crown and have his class sing to him yesterday. A little early (dang that summer birthday) but still he got to celebrate his birthday with his class! 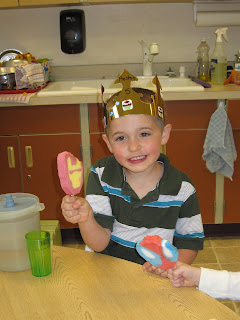 We brought Iron Man and Spider Man popsicles for his special snack. We also brought a giant pack of baby wipes for the mess that was sure to follow.

They were a big hit with his class! 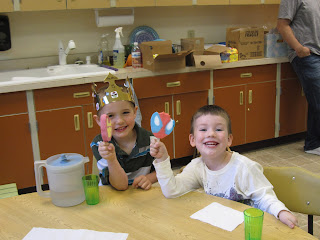 It looks like birthday season has begun in our house. Even more so because I've already gotten started on planning his FIFTH birthday party. Guess the birthday bug hasn't just hit Preston!