Preschool End Of The Year Concert

Preschool is ending.  And we are so sad.

But so excited for Preston's end of the year concert!

They have been practicing their songs for a couple of weeks now.  I know this because Preston has been singing them in the car on the way home from school and around the house.  My own little sneak peek!

We brought a dessert to share and found our seats inside the library after dropping Preston off in his classroom to get ready with his classmates and teachers.

My little performer walked in ready to go!  No stage fright in this little boy of mine.  Not in the slightest, he loves having all eyes on him! 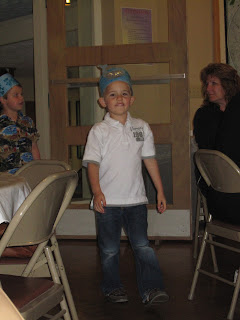 The theme of the night was Under The Sea.  They all had made crowns with a sea animal of their choice and the songs were all based around the ocean and it's sea life. 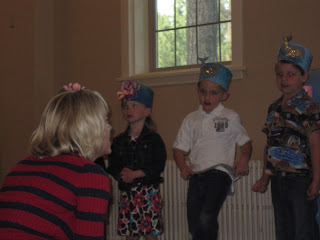 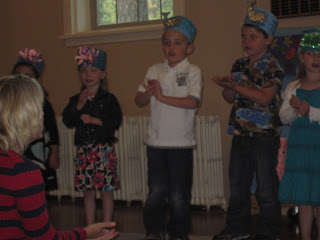 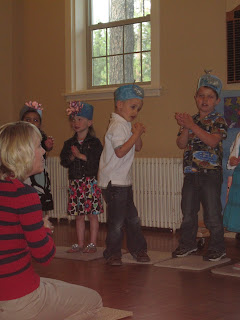 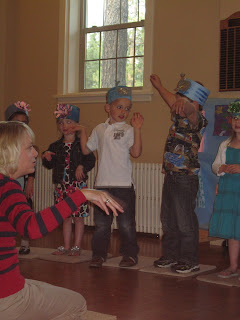 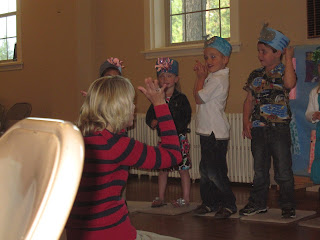 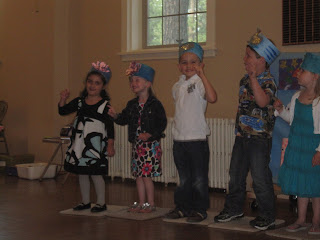 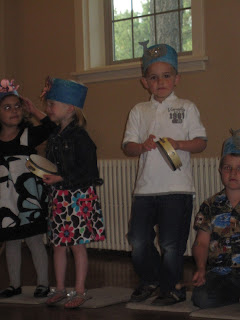 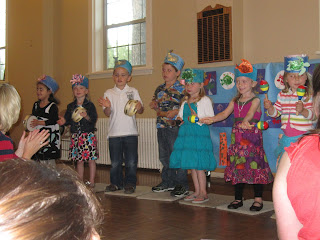 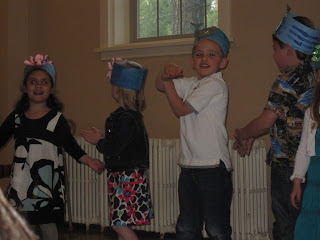 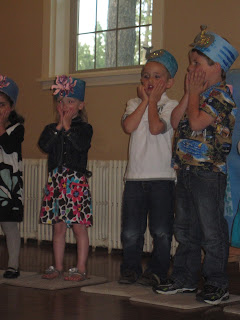 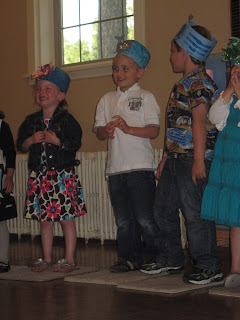 I heart watching Preston perform.  Especially when it's all a little bit of a surprise to me.  He gets so into it!  And does such a great job!  Plus he always sings just a little bit louder than everyone else so I can really hear him!

Afterwards in between bites of dessert we took pictures.

Preston and his best friend from preschool, Cohen.  I love the friendship that these two have made over the school year! 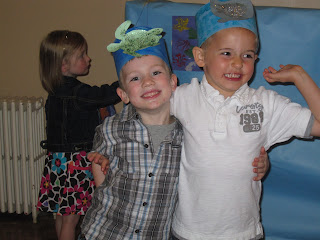 Since this was Preston's last preschool performance of the year and his last day since we were off to California in the morning, we had to take pictures of him with each of his fabulous teachers!

Preston and Mrs. Suzy.  She's going to be his teacher next year too, since she's moving up to the three day a week classroom! 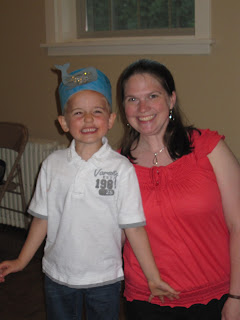 Preston and Mrs. Kristin.  He loved Mrs. Kristen and I know he's really going to miss her next year! 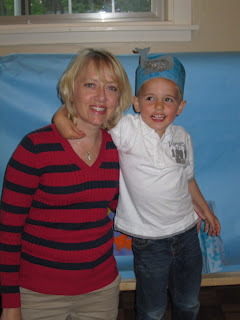 I'm so sad that preschool is over for the year but so proud of my little boy and all that he's accomplished!

And what a fabulous performer he is!