On a rare nice sunny gorgeous day around these parts we had to play outside. It's like a law that when it hits the high temps with the sun shining that you have to enjoy it.

So after some frozen yogurt with my parents we headed to meet Jessie, Rissa, and Mason at the park.
And then to quickly leave the park because everyone seemed to have the exact same idea as us.

So instead we ran over to the store to grab the Frisbee that Preston was insisting we needed to buy while Jessie and Riss ran home to grab the t-ball set.  And then we all met at the school close by my parents house so we could play.  Even better when we got there the school was basically empty!!  We had the whole place to ourselves.

We tried to play some baseball with a mix of t-ball, but before long the boys had gotten bored.  It only took a few hits each and they were over it.  They just wanted to head over to the playground to play.  Can't say I blame them. 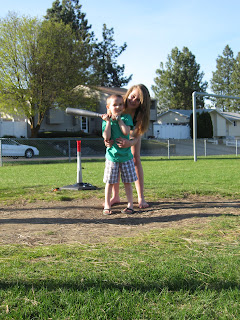 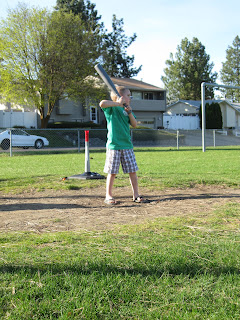 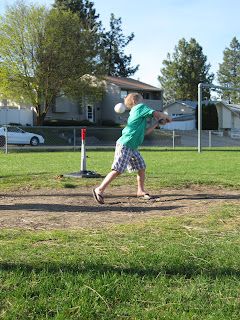 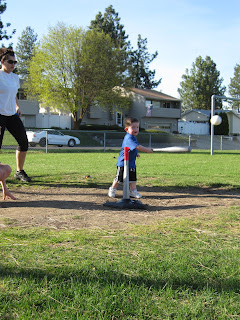 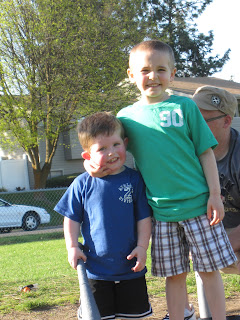 The boys played on the slides. The swings. Preston climbed up and over this structure that I have no idea what to call. And each time he got to the top he scream for help. They even had a climbing wall. What the heck they didn't have those when I was in school! 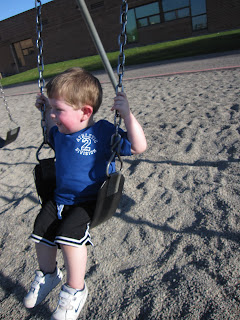 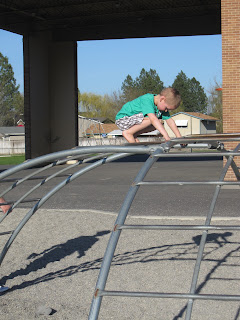 Eventually it was time to go. We were heading to my parents house to BBQ for dinner! And to use up all of the energy that Preston had left for the day so that he'd sleep good!!