We took off to explore with Jen while Mads was napping.

Being that we'd never been to Ballard Locks and Preston is so into boats, that was our first stop.

I'm not sure what he was more impressed with, the water and the dam or the boat part. 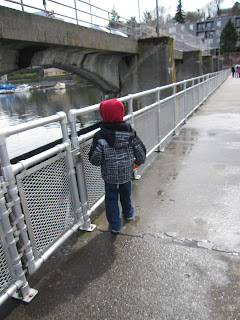 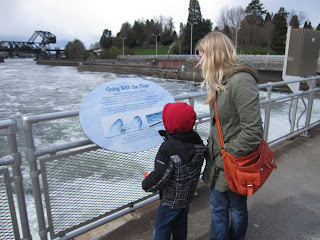 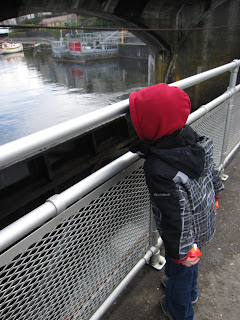 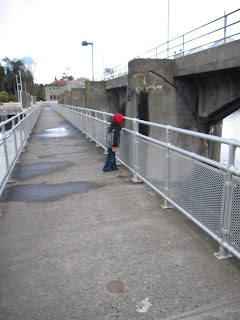 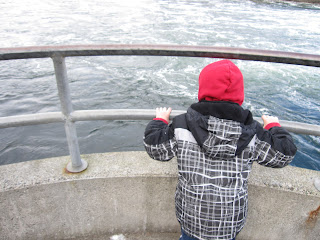 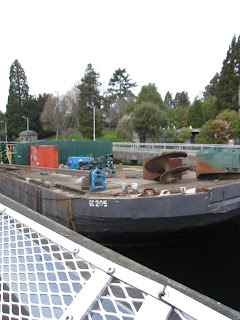 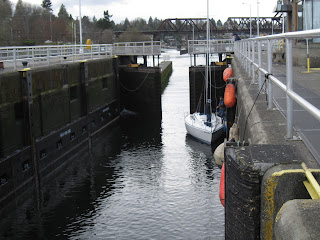 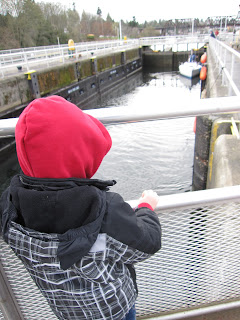 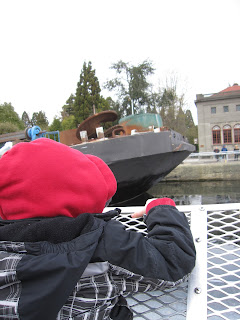 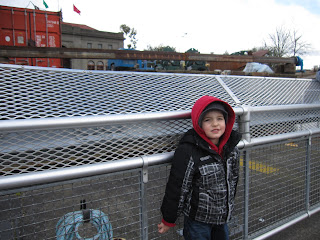 I thought that part was pretty awesome.  But it was a little time consuming.  Preston was into it for the first boat and over it for all of the ones that came after.  Can't really say I blame him!

We headed down to check out the salmon area when we were done watching the boats.  There weren't a whole lot of fish down there.  But according to their timeline there weren't supposed to be.

After the Ballard Locks we headed over to Golden Garden Park.  They had a beach and a playground so it was obvious that it would be quite the hit with Preston.

Preston could have cared less how cold it was on the beach or in the water, he was just so dang excited to be there. 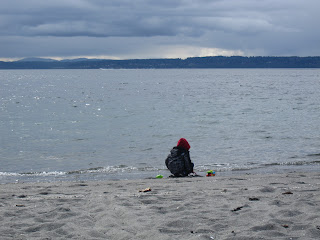 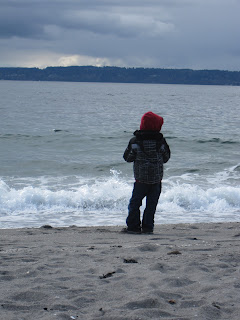 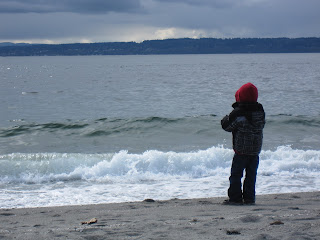 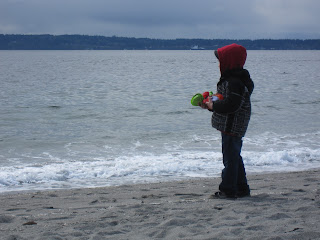 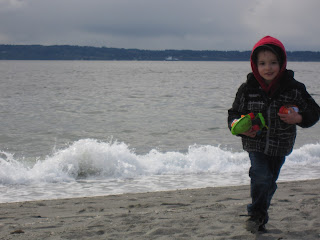 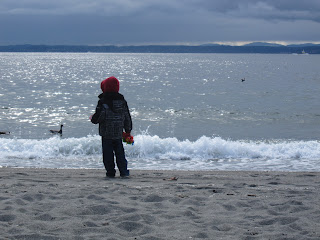 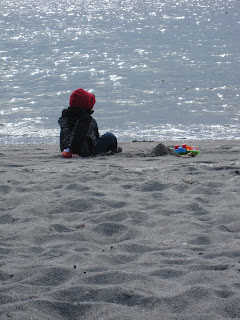 Me and Jen on the other hand were trying to stay warm on our blanket!

Preston played in the sand and the water for a while and then we headed up to check out the playground.  It was pretty awesome. All in the shape of a pirate ship. But I think I got more of a kick out of that than Preston did.

My little social bunny wanted to play some Frisbee with some guys that were up by the playground, so they let him throw the Frisbee around with them a few times.  We really are going to have to get him one of those to play with at home!

Then I lured him back to the playground with the warning that he only had a few more minutes to play before we needed to head back to Jen's house.

He raced around trying to get as many of his wiggles out as possible.  And attempted to go down one of those slide that you just hook your arms over and ride down.  He's done them before but never this big before. Which meant he landed on his face when he started going faster than either one of us expected him too!  But he survived!

And we made it back to the car in one piece!

Just in time to head back and see Mads who was getting up from nap time!