We got Preston his bike for his main birthday present last year, but since we were gone for his birthday and most of July too he didn't get it until August. And then didn't have a lot of time to learn how to ride a big boy bike (his first one) and then ride it. So this year is the first year he's really riding his bike. And thus the first year that he's been good enough at it to ride it while we go for a walk.

Since we don't use the stroller anymore I brought his bike with us when we headed over to my parents house one night because I knew we were going for a walk and that he would have more fun riding his bike than walking.

He did awesome!! He kept up with us and was very focused on his bike! I was so proud!! And surprised, when did Preston get so big that he rides his bike on walks instead of riding in the stroller?! 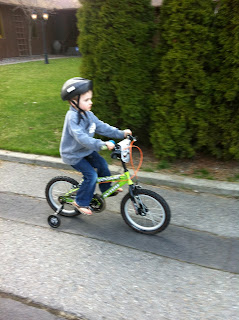 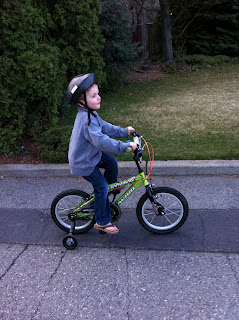 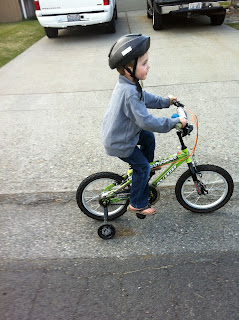 Looks like he's got the hang of it, thinking we'll be taking some bike ride walks this Summer!