Really the car basically sold itself.

We'd been talking about selling it for a couple of years. And I mentioned it to my brother's friend who asked if I was serious. And I said I was. And then he told us he wanted to buy it! He came over and looked at it. Me and Brad took it down to emissions and had it licensed and the oil changed while Preston was at preschool. The very next day Curtis took his test drive on the way to the bank for his loan. Then it was all said and done.

Minus a few little details here and there. 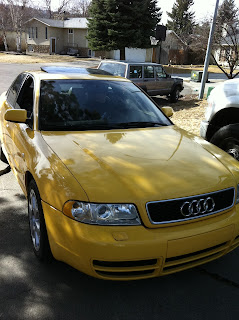 Good-bye Audi...I wish I could say I'd miss you. But I won't. Brad will though, but he seems to be getting over it. Plus since my brother's friend bought it it's kind of like he has visitation rights. Ha!

We signed up for Netflix. I'm not sure if it was the greatest idea ever or the worst. Me, Brad, and Preston are all addicted! Even Preston is saying that he wants to watching something on Netflix!

Speaking of Netflix, I am hooked on One Tree Hill. I used to watch it when it first came out. Back when I was in high school. I only watched like one season back then. Now I'm at the end of season four and completely addicted. It's a bit ridiculous. And so good in an overly dramatic way, right up my alley kind of way.

I should be packing right now. But I'm not.

I went and played BINGO earlier this week with friends. It was so much fun!! SO MUCH! And very intense. Who knew? We were definitely the youngest ones there. And even got in trouble with some of the older people for laughing a little too loudly! Ooops! 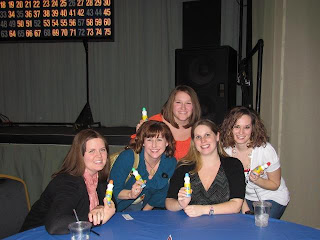 I'm very behind on blogging. I know it. Not that it should come as any sort of a surprise. I'm always a little late, it's kind of my thing.

Hunger Games comes out tonight at midnight. I wish I was there!! Me and Brad are going to be going soon!!

At this point, I really should be packing. Or cleaning. Or doing laundry. Or putting said laundry away. Maybe I should get started on that.