The Sun Will Come Out

The sun came out in our parts. Which meant we enjoyed playing outside. Without coats even!

As you can tell from the snow still happening on the ground, the sun coming out doesn't actually mean that Winter is over just yet.

So we enjoyed what little of the Spring like weather and sunshine we could get.

We played some basketball over at my parents' house. Preston was pretty into it. He also liked to make up some of the rules as he went. Me and Marrissa attempted to take on my Dad and Brad, it didn't end well for us girls. Let's just leave it at that. 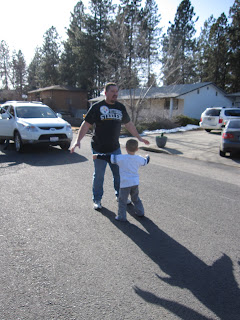 In between games of basketball Preston and my Dad also took breaks to build their dam over in front of the neighbors' house. Preston is all about water, has been since he was little, so the water rolling down the street was right up his alley. Although he was not thrilled that using snow as a dam didn't last very long. 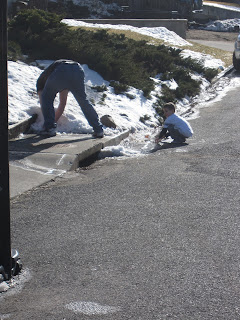 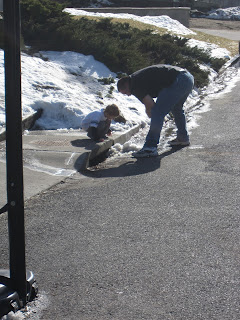 If only the sun had lasted more than one day.