We got Preston a little gift for Valentine's Day. A little army man boat and some army men. And some chocolates of course. He was pretty excited because he'd given us some not so subtle hints that he wanted to add that boat to his army collection. 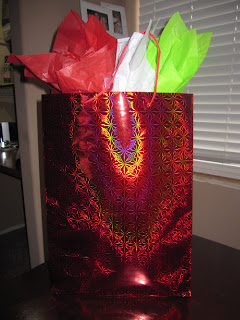 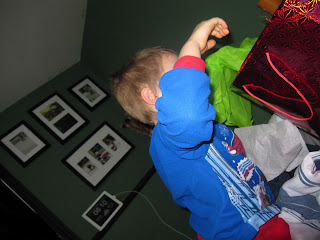 I Preston was pretty excited about his Valentine's Day cards for his class. I He worked really hard on them and spent a lot of time putting them together. But in all seriousness, he wrote his name all by himself on all of them. Every single one.

How cute were they?

We put some little candies in baggies and Preston picked out Avengers cards, and then I attached a little note that said, "Thanks for being so sweet! Love Preston" Super adorbs! Or at least I thought so. Ha! 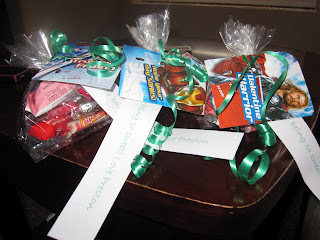 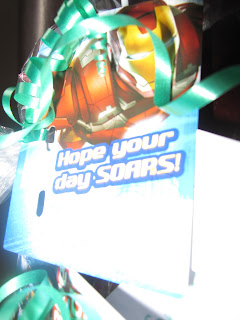 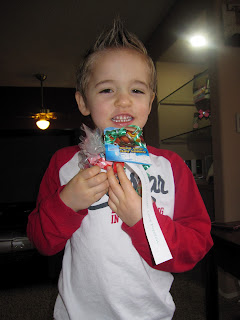 I wish I'd gotten a better picture of his name on the cards! I was seriously so proud of him for writing it on each card. Especially when I know he was so over it after a couple of them but he powered on!

Once we got to school it was time to pass his cards out!

The kids had all made little bags decorated for Valentine's Day with their names on them to collect their cards! And his teachers had lined them up in the hallway outside the classroom. So we walked down the row and Preston dropped his little Valentine's package into everyone's bag! 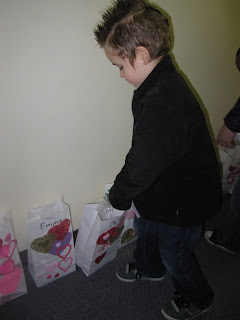 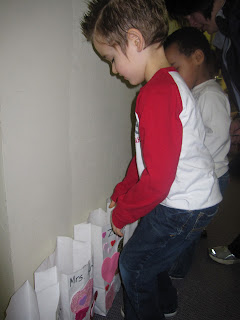 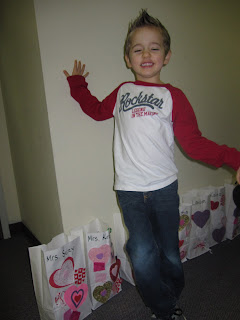 I showed up to pick him up from class a little bit early that day so that I could watch him dig into his Valentine's Day bag and see all of his cards from everyone else!

The excitement was so cute! Each card was like a mini present! My baby boy's first Valentine's Day at school, with other kids his age! It was nearly impossible to get him to acknowledge me except to ask who each card was from! 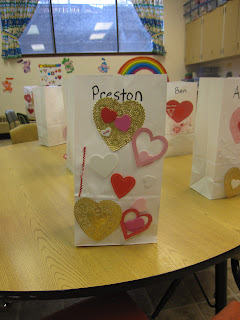 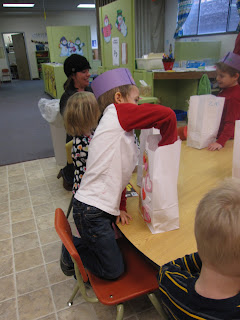 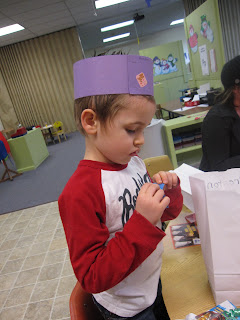 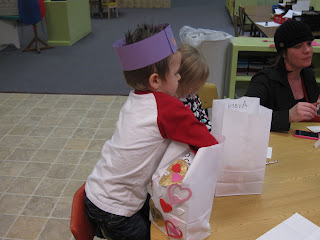 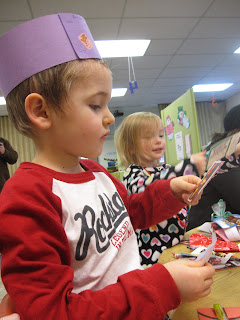 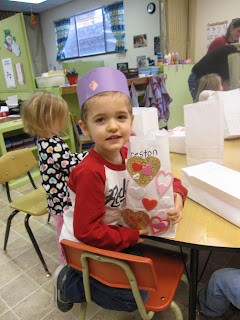