My nephew, Mason, turned two recently which means he also had a second birthday!

Mase is more than a little bit obsessed with Mickey Mouse so that was the theme of his party.

He got it started pretty fast after pizza with presents! 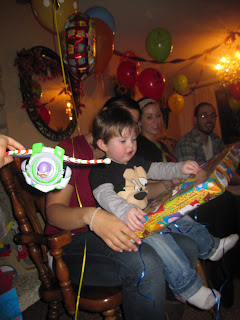 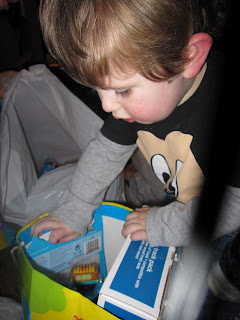 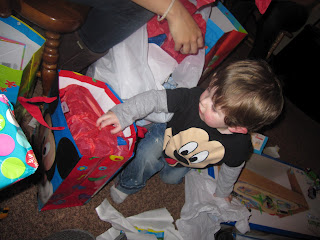 I'll have you know that his favorite Auntie's present almost put a stop to the entire opening of presents, he loved it that much! After he opened up the trains that I had gotten him he refused to open anymore presents for a while! He just kept saying trains trains. Choo choo! Score!

When it was time for cake, Mason was less than thrilled. Everyone started singing and my sister brought the cake out with the candles all lit up for him and he gave all of us a mean look and said no repeatedly. And I believe he even told her to go away! Such a sweet boy! 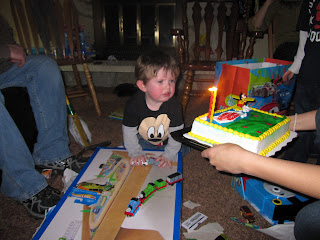 Mason clearly decided to start two off being a little terrible!

After cake, Mason proceeded to insist that almost every single one of his presents got set up to be played with! And because Preston is such an amazing cousin, he of course helped Mason test out his new toys! Until they were both exhausted! 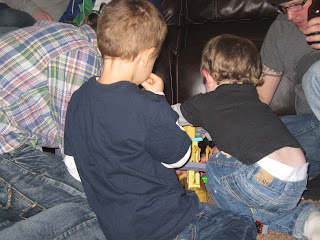 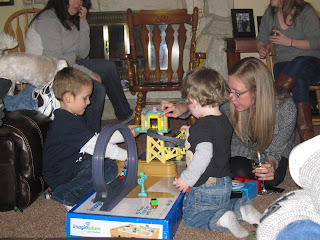