My little sister got married.

Like married married. I mean I know that she's a grown up but whoa. My little sister is married.

Her and her high school boyfriend got engaged before school ended and then he took off for basic training. And she planned a wedding and blew up her phone bill chatting with him. Until he came home for leave around Christmas and they got married!

I was a bridesmaid so I don't have a ton of awesome photos. And I only have mine. Not the professional ones so don't they aren't awesome. 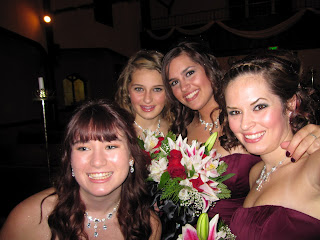 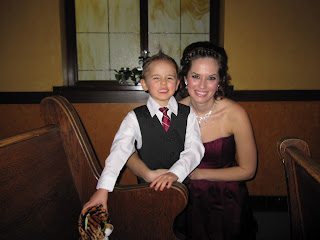 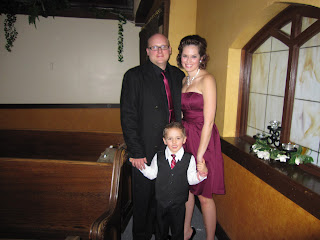 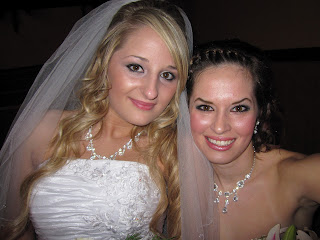 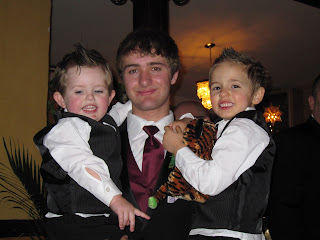 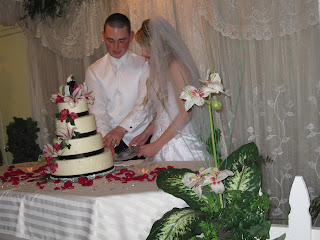 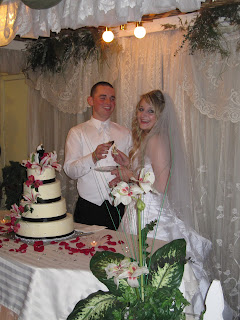 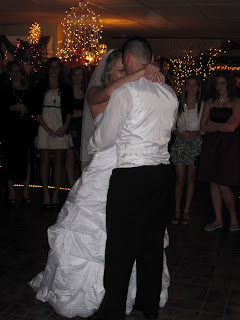 Two Preston stories from the day...

Preston and Mason were both ring bearers.  And Preston took his job very seriously.  Probably because I told him his role in the wedding was very important.  So the boys get half way down the aisle just fine.  Everything is going smooth.  Until Mason veers off path.  He decides he's over this whole walking down the aisle thing.  But Preston has been told they have to get to the end of the aisle.  It's very important.  So instead of continuing on his way alone, Preston grabs Mason.  And Mason tries to shrug him off.  So for a couple of feet Preston drags him, by his collar.  Until they reach the front pews and Mason is so over it that while he's protesting he turns on Preston with his ring bearer pillow and attacks him.  At which point Preston does finally abandon him.  Only problem is that Preston isn't entirely sure what to do and he walks up the stairs to the minister and just stands there to hang out with him.  Until Brad calls him over from the side and he runs off the stage.

I didn't get to see it all in person since I was back behind the doors but I saw the video and it was hysterical!

Then at the reception Preston was breaking it down.  Like breaking it down.  He had all the moves.  It was so awesome.  And he was just loving it.  At one point he had a little crowd around him.  He had moves I'd never even seen before. Up until this point I'd never seen Preston dance like this.  I've seen him dance but this was serious little boy dancing.  I wish I had pictures.  I have video but no pictures!

Congrats to Shannon and Nevan!