This year our family was joined by a new member at Christmas time. Brad's Aunt Dru adopted Preston an Elf on The Shelf!

Preston was so excited! After reading the story that comes with the elf we realized that our elf needed a name. So Preston got right down to it. And named our elf Elf.

Preston was more than just a little bit excited to get up every morning and look for Elf. Some mornings Elf was pretty obvious in where he was hiding and others it was more of a challenge. 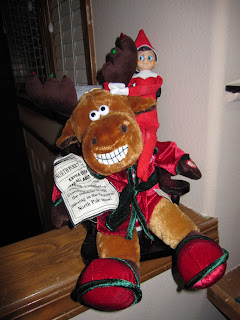 And some mornings it was obvious that Elf had gotten a little bit bored the night before so he's caused a little bit of mischief. Preston was the most excited when he found Elf on these mornings.

Like the morning that Elf got into the flour and made some snow flour angels. 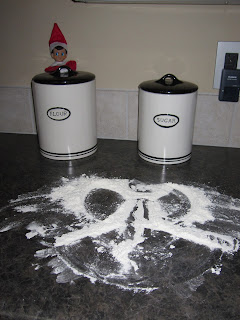 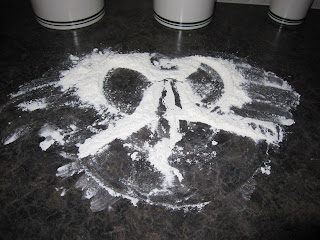 Or when he toilet papered our tree the night before Christmas Eve as a good-bye. 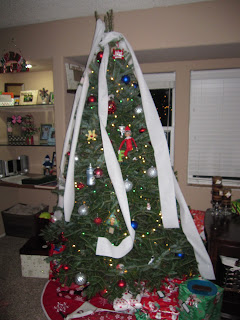 But Elf was helpful sometimes too. There was the morning that we woke up and Elf had wrapped some of Preston's presents and put them under the tree. 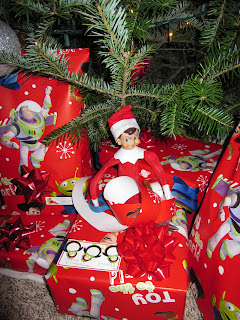 On Christmas Eve Preston said his good-byes to Elf and we read the story and when we woke up Christmas morning Elf had already gone back to the North Pole.

He is definitely going to be missed around here.

Thank you Aunt Dru for bringing Elf the Elf into our lives!  He definitely made the days leading up to Christmas a lot more fun!!!