Disney On Ice came to our area so we had to take Preston!

My Grandpa used to take us when we were little and it's still one of my favorite memories with him. I even still have one of the souveneirs that he bought me way back when. It was always even more special because the company would donate ice cream and as a result we would get to meet the cast! It was always so awesome! Me and my sister and my cousin would get to meet Mickey and Minnie and the princesses.

As a result whenever Disney On Ice comes to town I want to go! The last time we took Preston he was only like four months old and was not interested in it at all. But this year I knew he'd love it. Especially when I heard it was Toy Story 3!

My family decided to tag along too, so me and my Mom headed down to buy all of us tickets! With there being 10 of us all together we took up two rows with five seats in each.

My Mom is a sucker for those little souvenir stands. And I got a text from her on our way in that she'd already bought Preston and Mason some light up spinning Buzz Lightyear. Which was awesome because those things cost a pretty penny and I was already dreading having to pick one up for Preston. Problem solved! Score!  Preston of course loved it, Buzz is his favorite Toy Story character and this one was pretty awesome.

Preston was pretty enthralled with the show once it got started.

He kept asking when Buzz was going to come out.  And when he did it was pretty cool.  Preston loves Buzz as a super hero so it was very fitting that Buzz came out fighting Zurg. 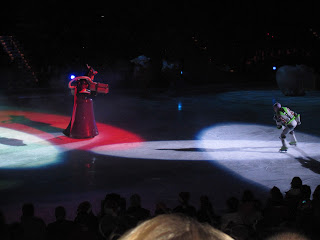 Followed up by some memories from the first Toy Story with the little aliens and the claw. 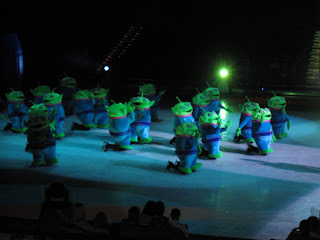 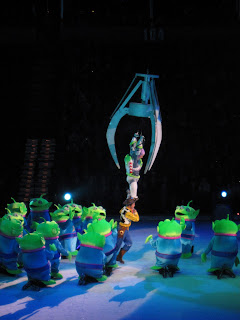 Both Preston and Mason seemed to absolutely LOVE the entire performance!  The couldn't look away! 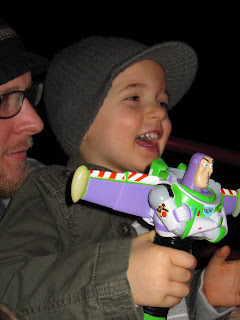 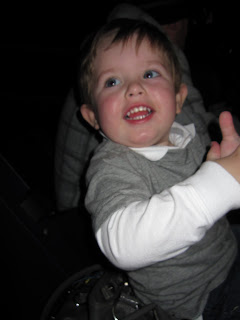 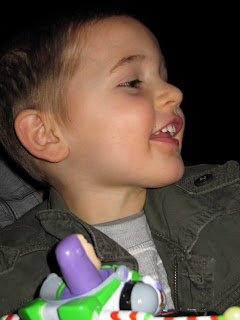 I loved the scenes with Barbie.  And Barbie and Ken.  Took me back to being little.  Barbie was probably my favorite toy!  Me and my sister used to set up entire cities in our playroom with all of our Barbie stuff.  I'm sure the guys loved the parts with Barbie too, although I'm fairly certain it was for different reasons!  Ha! 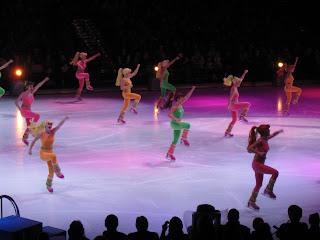 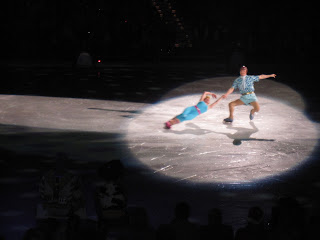 Can you tell Preston was loving the whole thing?  This is what I got when I asked him to take a picture with me. 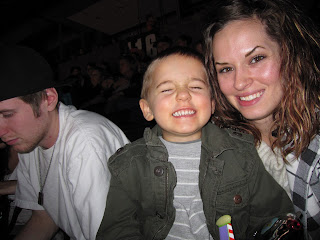 Somehow Preston and Mason both ended up with a second toy.  My Mom can't help but be sucked into those tables full of toys and gifts.  At intermission she came back with a toy Buzz Lightyear gun for each of the boys.  Yes they are spoiled by their grandparents, why do you ask?

This was my attempt at getting a photo of the boys with my parents when the show ended.  It was not happening.  Mason was ready for a nap and Preston just wanted to play. 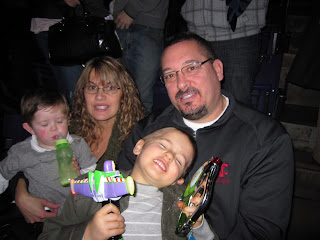 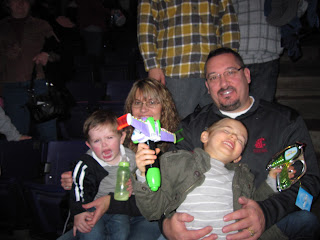 Fortunately he'd settled down enough by the time we got home to pose with his new toys.  You can't hear it from the photo but that gun is incredibly obnoxious.  Which in Preston's eyes only makes it even better!  The fact that the gun survived the car ride home is nothing short of a miracle. 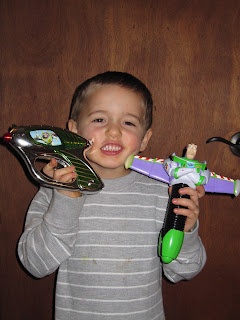 I hope that Preston looks back on these toys one day and remembers how much fun he had at Disney On Ice when he was little!  The same way I look back at mine.