When I picked Preston up from preschool that afternoon his teacher told me that when they climbed up on the risers to practice Preston seemed a little bit overwhelmed and just kind of stood there shell shocked.

So to warm him up to the idea of his first big school performance (and because I really really really wanted to see him sing and not stand up there terrified) we headed to Target before his performance to pick out a special prize that Preston would get for doing his very best during his performance. A little incentive too to get him to stay on the risers too instead of running down into the crowd as soon as he saw me and Brad. Or Mason.

We invited my parents and Jessie and Mason. Who showed up excited to watched Preston perform. We also invited Marrissa, Matt, and Shannon; but they weren't able to come.

Preston did an amazing job.  He walked up there completely sure of himself.  Didn't even bat an eye.  No sign of the nervous child from earlier in the day.  I'm sure the box of legos that I had in my purse helped a little with that. 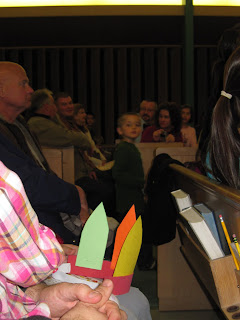 He even sang loud enough that you could hear his voice over all of the others.  And there were a lot of kids up there. 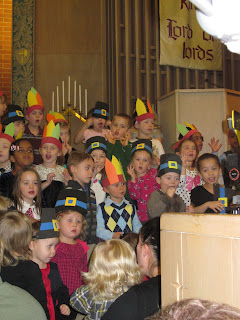 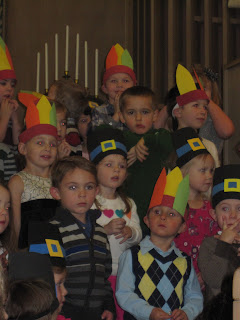 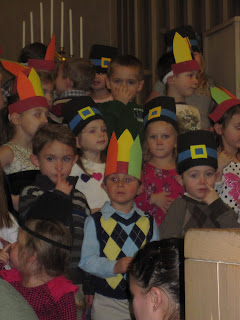 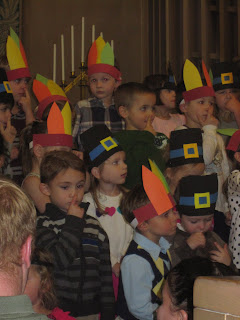 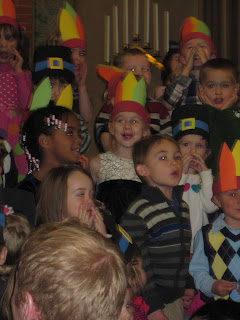 Eventually I ended up in the center aisle up at the front so that I could take some better pictures.  Originally I'd kind of been hiding out in our seats terrified that if Preston saw me he would refuse to stay up there and come running down since he was nervous.  But once he got comfortable I knew he was good to go and that I was also good to be within seeing distance.

When he did see me he just waved a little wave and smiled real big!  And continued along with his singing and hand movements. 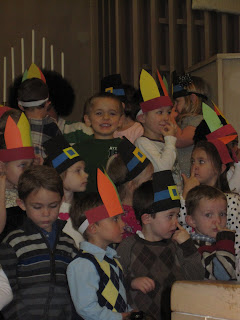 Afterwards we headed into the gym for a turkey dinner.  Which Preston obviously wasn't interested in.  Picky eater that he is.  Luckily for Preston I know that he's a picky eater so I came prepared with things that he could eat while he opened up his new lego set.

When we'd all finished eating we took a couple of photos and headed home for the night. 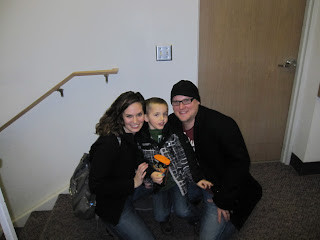 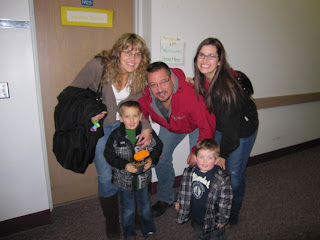 Exhausted, but in a good way.