Instead of a Halloween party, Preston's preschool class had a Fall party. He didn't have preschool on Halloween but his preschool still wanted to give the kids a chance to dress up. He was technically supposed to dress up as the character from his favorite storybook but I was not on board with the idea of having to buy two different costumes to use two days in a row. So instead Preston wore his Iron Man costume from Halloween and we brought his Iron Man book. Which worked out just find since with Iron Man being Preston's favorite superhero it's pretty safe to say that his Iron Man book is one of his favorites.

The kids got to wear their costumes all day in class. And then in the last half hour of class the parents were invited to attend their Fall party!

It was pretty cute.

They sang us some songs and then each of them got to stand up on this little bridge and tell us who they were and show us their favorite book. It was so adorable. Preston was a little bit nervous and did his part pretty quickly so I didn't get the best picture of him standing on the bridge saying who he was but you could tell that he was having a lot of fun. 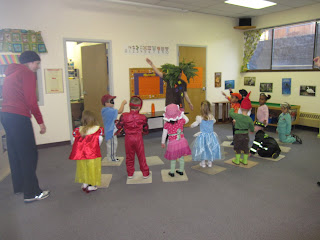 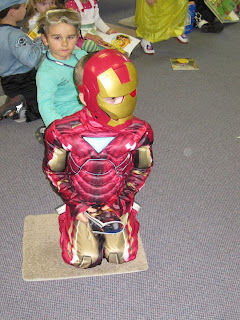 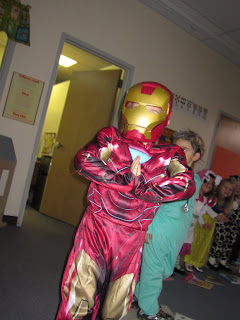 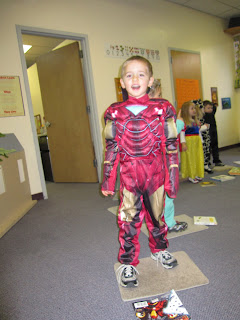 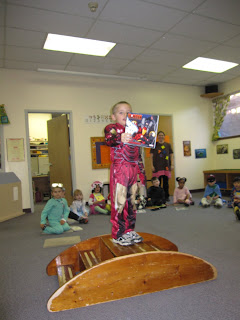 I seriously love watching Preston interact with his preschool class!