Preston was Iron Man this year for Halloween. We have officially without a doubt left the years of me deciding what he is going to be for Halloween and entered the years where he has an opinion. Ahem, not just an opinion the opinion. I'd somehow tricked myself into hoping that last year and Spider Man was just a fluke, but it wasn't. Preston is too old to want to be something cute and would rather be something bad ass for Halloween.

Although I think he might have been the cutest Iron Man that I've ever laid eyes on. But he was very bad ass as well. Cute and bad ass, he can pull them both off!

I asked him throughout the day if he wanted to wear his costume but he was very insistent that he did not. You only wear your Halloween costume trick or treating don'tchya know!

We headed over to my parents' house for dinner and then some trick or treating. We were going with my favorite nephew!!

Preston was so hyped up for trick or treating that getting him to sit down and eat dinner was nearly impossible! I somehow managed to get him to eat a few bites.

Then it was time for the main event!!!

Let me introduce you to Iron Man Preston. And Mason the Monkey. 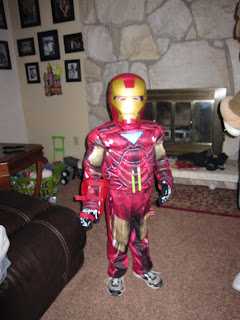 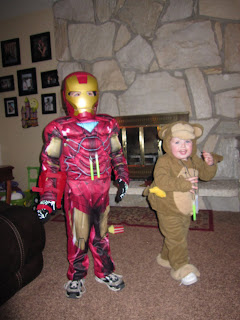 It was time to hit the streets and fill up our loot buckets!! 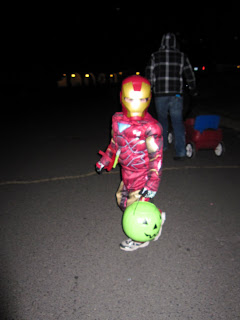 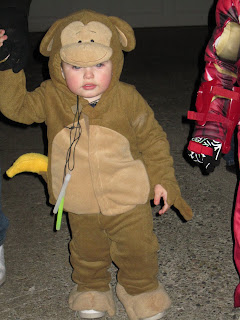 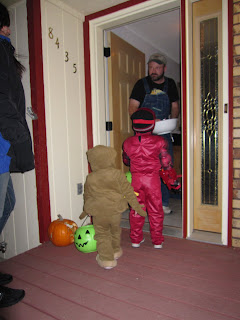 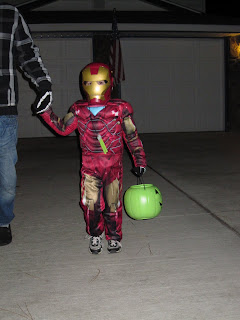 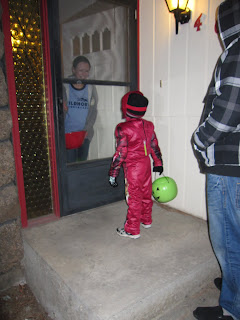 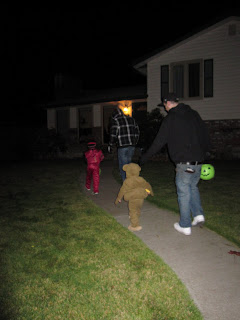 Preston was really into trick or treating this year. Like really into it. He was running from house to house. Poor Mase could barely keep up with him! 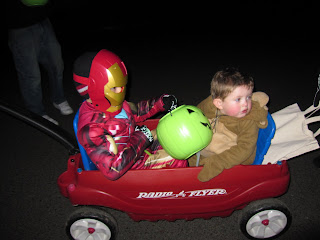 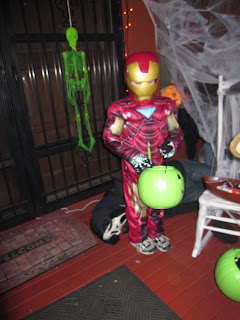 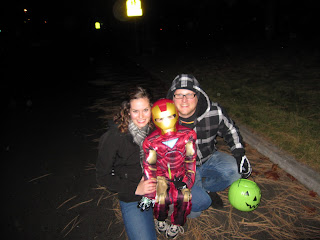 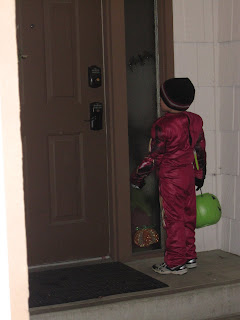 After an hour of trick or treating Preston was done. He called it a night and hopped into the wagon to ride back to Grandpa and Grandma's house. We'd lost Mase about fifteen minutes earlier so Preston had the wagon all to himself. 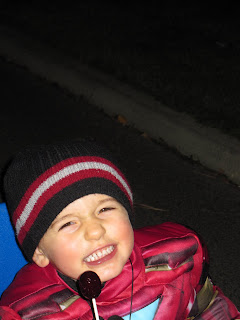 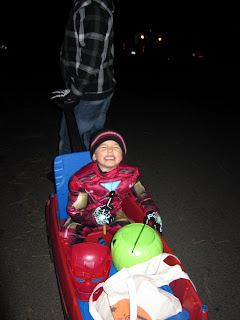 Preston performed his last trick or treat at my parents' house. We were hoping to trick whoever opened the door into not realizing it was Preston so me and Brad hid by the garage and Preston headed up to the door on his own. That didn't go so well when Preston knocked, opened the door, and yelled trick or treat up the stairs. For some reason that completely gave him away. I can't imagine why? 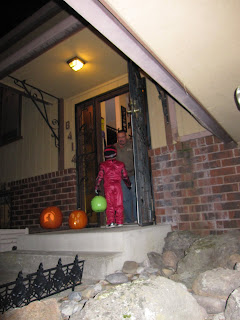 The night ended with Preston going to bed much later than he normally does. And after a lot more fight than usual. I'm sure that all the candy we let him have was to blame for both. But Halloween only comes once a year! 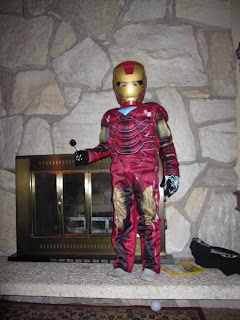 Some of my favorite quotes of the night...

Mason: "Put it in the basket" After a few houses, he used this one instead of trick or treat. Followed immediately by, "Tank you!"

Preston: "I'm all done. But you can do it so I can get much more candy."

Preston: "Just one more house and I'm going to say give me lots of candy!" We went ahead and made my that last my house my parents, in hopes of avoiding offending someone! Ha!

I hope everyone had a fabulous Halloween!! I know we did!