A theme park not to far from us turns into a huge haunted park in October, so we had to go!

We got together with some friends and made the drive out there. Don't you know being scared is way better with friends! 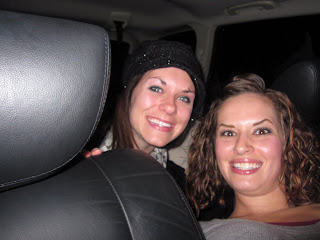 I may or may not have brought an extra pair of pants and underwear! It was supposed to be that scary. My little sister convinced me that people were seriously peeing their pants and I wanted to be prepared just in case.

We got there just as it was opening and hopped in line for one of the attractions! A train ride with zombies! 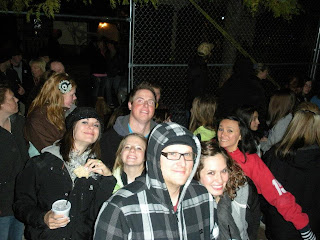 I don't do zombies! At all! I can't even watch zombie movies. Yet for some reason I was standing in line for a ride all about zombies.

Luckily it was a long line so I had plenty of time to prepare myself. Or take a bunch of pictures. Same thing right? 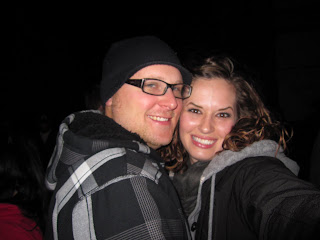 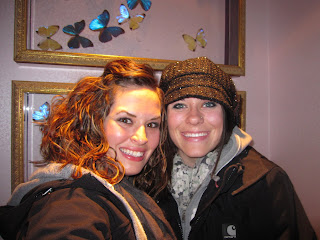 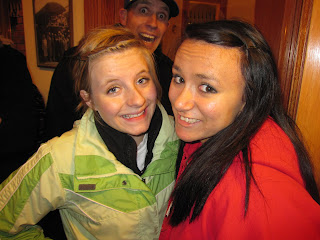 We may have even run into a creeper who was willing to share his hat with me! 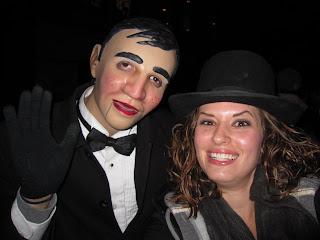 Finally after waiting for like an hour it was our turn to climb on the train and go for a ride.

Luckily the train was less about the scaring and more about the laughing. It was hilarious! Which definitely worked for me as a non lover of zombies! Although the people behind us were a little bit frightening! Ha! 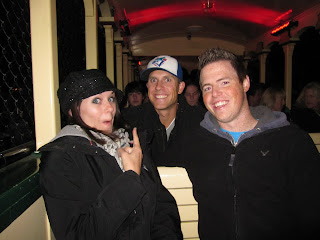 We hopped off of the train and into another line right next to it. This time we were getting ready to walk through what was essentially a haunted house.

We got lucky and the line ran right next to a candy store! Score!

Once again we entertained ourselves in line by taking photos. What, you don't do that? 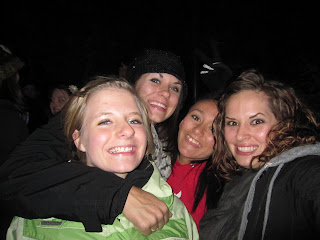 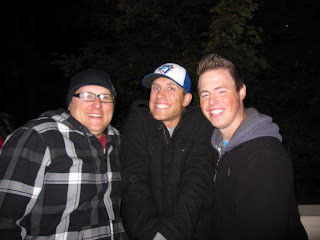 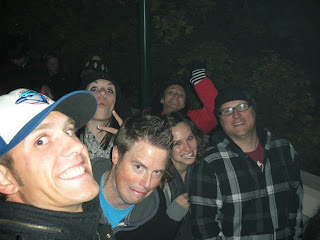 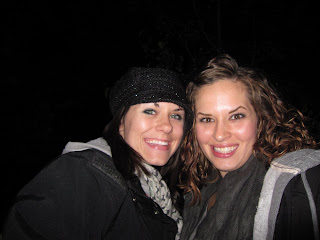 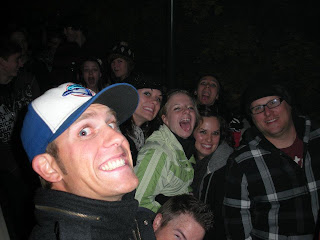 We had the crap scared out of us more than once but survived! Afterward we headed through a maze where me and Nicole were practically abandoned and left to fend for ourselves!

Then we made our way over to the longest line of the night. Riding the roller coaster backwards! We had to wait an hour and a half for this one!

By this point we were all getting a little bit tired and a lot bit cold and hungry, so there was not a whole lot of camera time in this line. 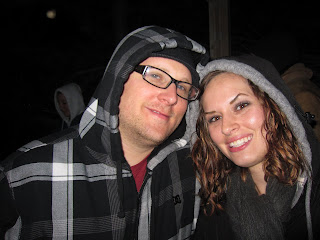 Finally we made it to the front and it was our turn to ride! 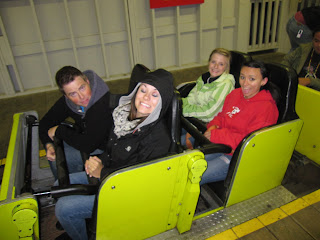 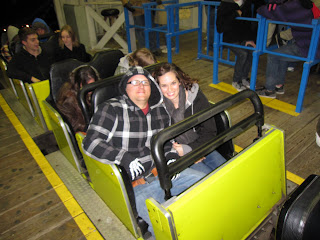 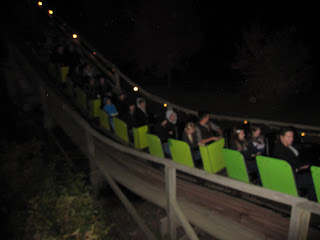 I can't even explain what it feels like to ride a roller coaster backwards and in the dark! You know how when you go up the hill leading to the huge drop typically you are pushed back into your seat? Yeah, imagine the opposite of that. As we were going up the hill we were looking down the hill and having to push ourselves back into our seats because we were leaning forward. The same thing happened when we hit the drop off. Instead of being pushed into our seats we were pushed out of them! I love roller coasters so this was awesome!

After this one though we were all ready to get going. It was cold! And we were starving! So off we went to find some food before calling it a night!

While everything might not have been pee your pants scary and the lines were a little long it was still a really fun night out with friends!