Preston was actually pretty into pumpkin carving this year.

Even cleaning out the guts. This is the first year he's been interested in that at all. He cleaned most of the pumpkin out all by himself. Me and Brad did a little scraping of the sides but Preston scooped it all out on his own. He even got mad at me at one point because he thought I was going to scoop some of it out and he wanted to do it! 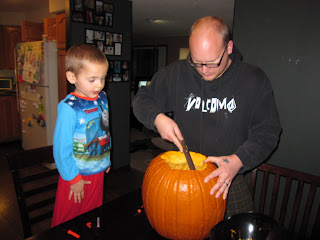 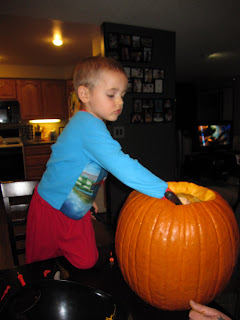 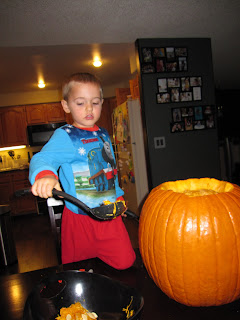 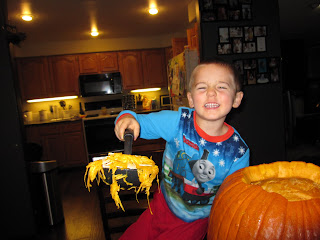 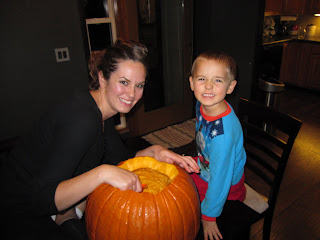 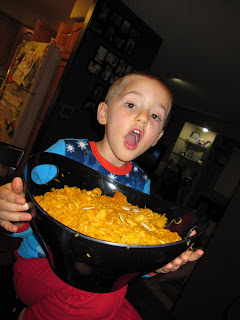 Once the pumpkin was all emptied out, it was time to carve it. But first we had to decide what kind of face to give our pumpkin.

Preston had an idea and used his own face to demonstrate it for us. 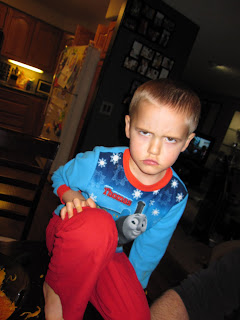 Since we had decided on a mad face it was time to get down to carving our pumpkin into a jack'o'lantern. Preston of course insisted that he had to help with the carving as well. 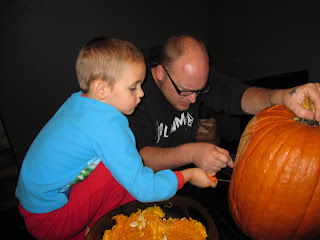 So what do you think? Does it look just as mad as Preston did? I know that he had a much cuter mad face! 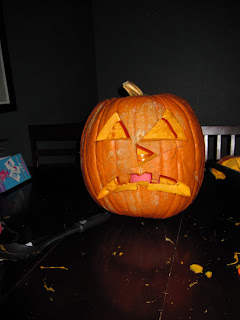 And my little pumpkin with his pumpkin. 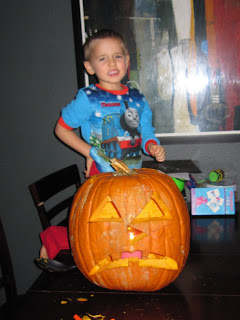