Preston and his preschool class had their first field trip! They went up to a local farm to explore the orchards and pick out a pumpkin!

He was pretty excited about it!

When we got up there the kids all loaded up into the tractor ride so that they could take a little ride to see the apple and peach orchards. 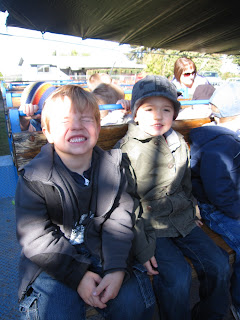 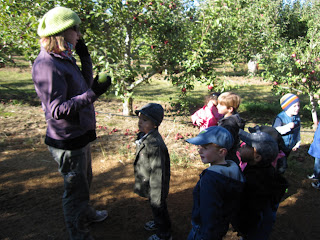 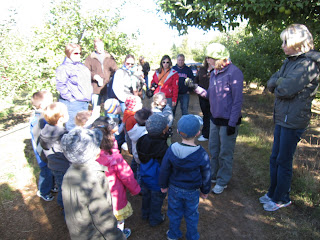 They even got to pick out their very own apple. Not that Preston was willing to eat it but he was very excited to get to pick one off of the tree. 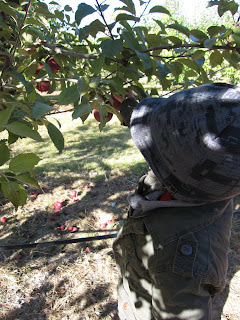 From there the class went in to learn about making apple cider. 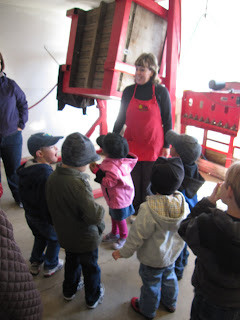 And then they learned about coring apples and making apple butter. 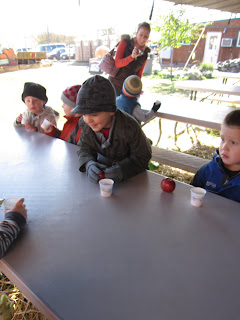 None of which Preston was willing to try. My insanely picky eater. He wouldn't even try the apple cider! I did though and it was good! 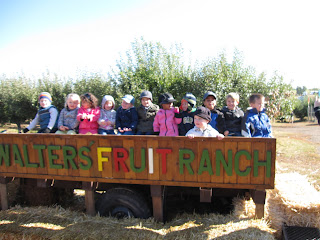 Then we headed over to pick a pumpkin. The patch was pretty picked over, so Preston had limited options. But he found a little one that he loved. And I promised him that we would go back up to pick out bigger pumpkins. 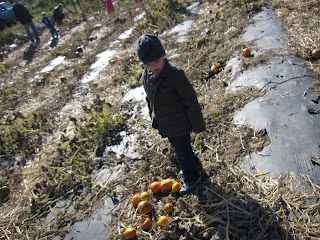 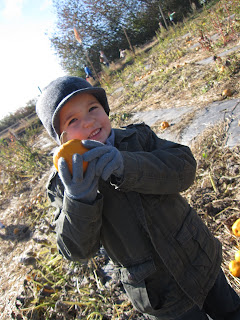 I was exhausted after his field trip, but he was still ready to go so after we left the farm we headed over to Chuck E Cheese to meet some friends for lunch!