A Day At The Patch

We spent Saturday this weekend up at a local farm picking out a pumpkin, playing in some bounce houses, finding our way out of a hay maze, riding ponies, and getting lost in a corn maze!

We'd been planning to go for the last few weekends but it was raining or we were exhausted or I made the mistake of thinking it wouldn't be a big deal to order a quad shot latte. It was and I spent the rest of the day in bed sick!

But we finally got up there this weekend! And just in time.

We headed up there with my parents and three of my siblings. Jessie didn't come but we picked up Mason so he could head up there with us for some fun!

Of course Preston insisted that we go into the kids area to play right after we got there. So we grabbed some wristbands and headed in. Preston loves bounce houses and they also had some blow up houses too. One of which was a kids version of a haunted house. Very exciting!

Once we'd gotten our fill of the bounce house and the blow up houses, we headed into the hay maze to see if we could find our way out! The boys seemed to think this was fun! 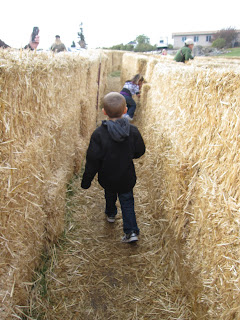 I had to drag them out of the kid area so that we could grab some pumpkins. The pickings were slim which wasn't all that surprising so close to Halloween. But Preston was still able to find the perfect pumpkin. Too bad I wasn't able to get the perfect picture of him with it. Mason on the other hand just enjoyed kicking the little ones around. 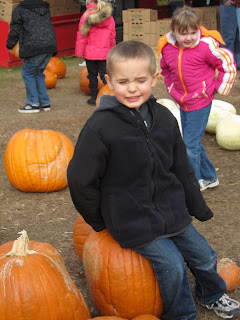 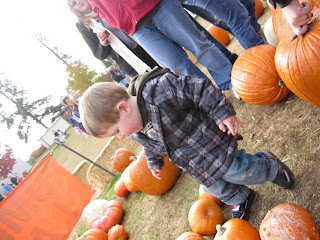 After grabbing our pumpkin we paid a visit to the ponies. Two years ago Preston loved riding the ponies and last year he wouldn't go near them but this year he decided to give them another chance. Mason was all for the idea as well. So we waited our turn and climbed right on. Preston knew he wanted to ride and was good to go from the moment he climbed on. Mason on the other hand got a little nervous sitting in the saddle waiting for the ponies to start. But once it got going Mason loved it too. 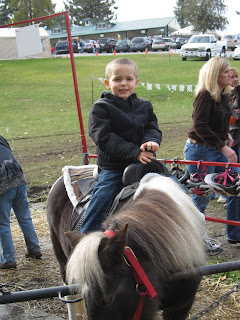 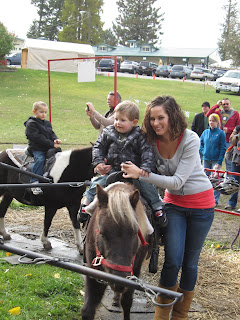 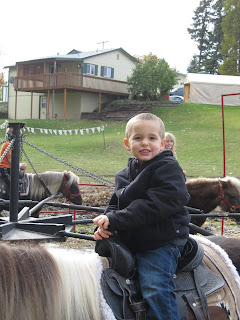 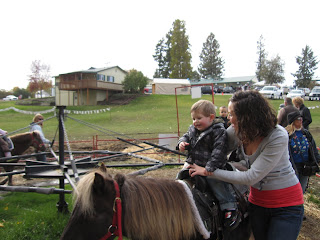 We had to drag both of them off of the ponies when their turns were over. 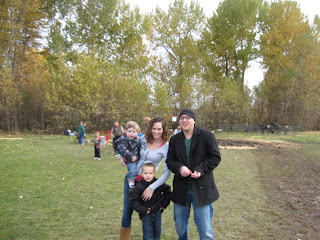 It was time to make our way through the corn maze! It was huge. And somehow we didn't get a map. I didn't even know they were handing them out until we started passing people with maps. 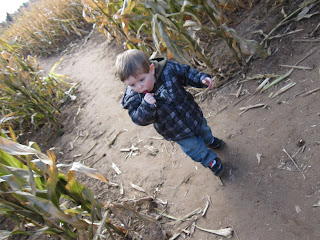 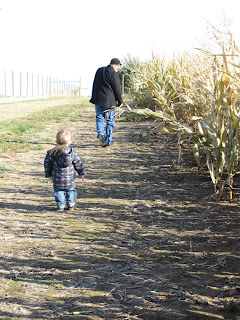 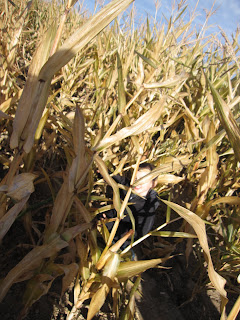 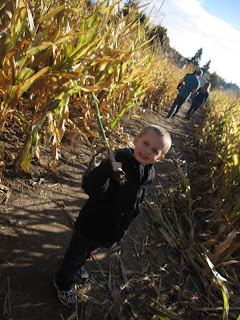 No worries, we made it out alive anyways! We may have made our own path a time or two but we did it! And without a map! Ha!

The boys convinced us to go back into the kid area one more time. This time Mase came through the haunted house with me and Preston. He was a little bit frightened. Preston not so much. 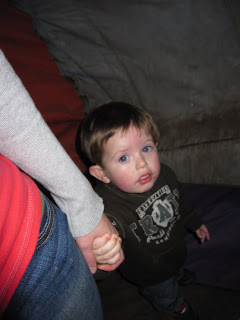 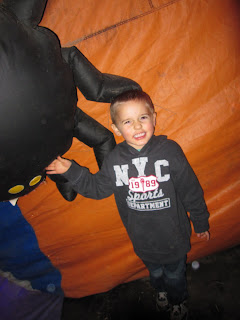 We grabbed lunch on the way home. It wasn't exactly on the way but it was good!

We all ended the night by going to see Puss In Boots! It was awesome! Preston absolutely loved it!

Family night at the movies to end family day at the pumpkin patch.