Grandma And Grandpa Go To The Beach

My parents gave me and my sister a break while we were at the coast and took the boys down to the beach to play.

I was sooooo excited. I was exhausted and did not want to get out of bed. So it was nice that I got a break to read my book and take a nap. I really needed a nap.

So off they all went to play. 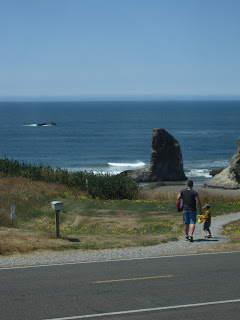 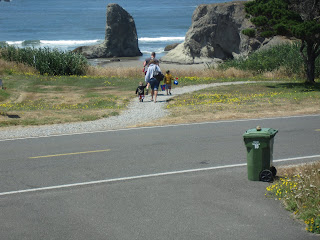 They dug in the sand, played in the water, and climbed some of the rocks on the beach in front of our house. 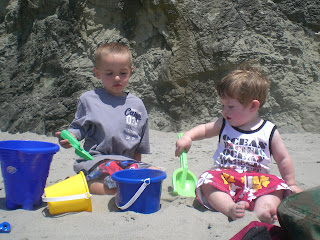 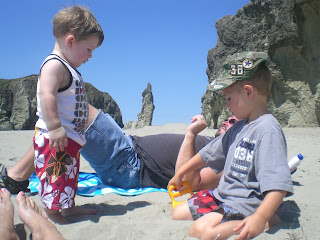 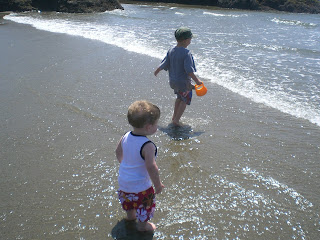 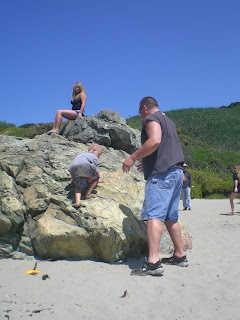 You'd think that since I took a nap I would have had energy by the time they came back, but I didn't. You'd also think that since Preston had played hard and raced around on the beach for a few hours he would have been worn out, but he wasn't! We were quite a pair! Ha!