The fair came to town and we obviously had to go!

Preston was very excited! It was almost like he hasn't been to the fair in forever, except you know we've been to a couple of them this year. Maybe that's why he was so excited, he knew he was going to have fun!

We planned ahead and I picked up presale fair tickets for me and Brad as well as a ride bracelet for Preston and a bonus book of tickets so that me and Brad could ride some of the rides with Preston.

Marrissa and her friend ended up coming down with us the night we went. I wouldn't go as far as saying they went to the fair with us since we pretty much just rode there and back together. I called to check in with her a couple of times, but otherwise her and her friend did their thing and we did ours. The joys of having a teenage sister, she's too cool for me now! Ha!

We started with the slide. Which somehow is basically Preston's new favorite ride at the fair. This was Brad's first time with us at the fair and his first time seeing how much Preston loves the slides. 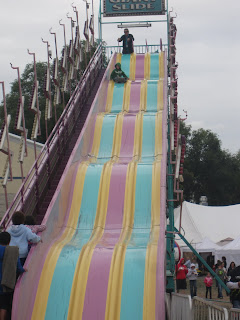 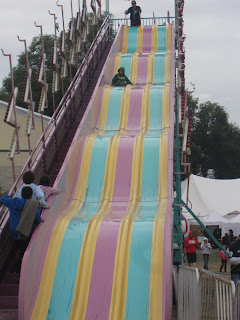 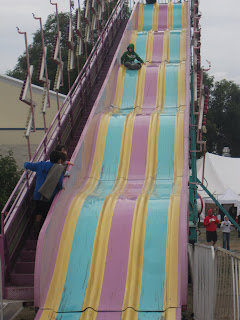 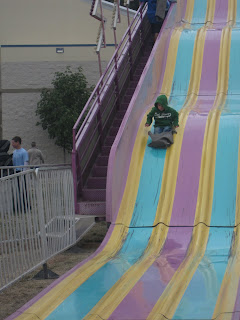 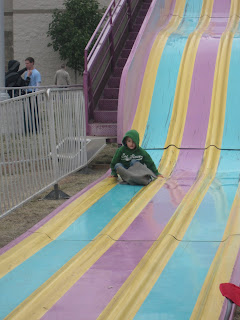 Preston did the obstacle course next. 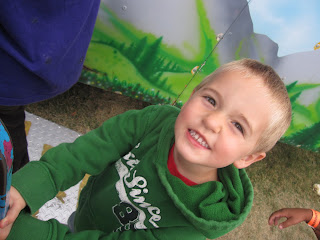 Then we were off to find the bathrooms and dinner! I love fair food. Or at least usually I do. This year for some reason I couldn't figure out what I wanted and ended up wandering around only to just end up having a burger and fries. Now I feel like I missed out!

Preston on the other hand didn't miss out. While we were eating we hopped in line for the jumping trampoline bungee thing. Yes that is it's official name.

This is Preston's third year doing this and he loves it. It's so worth the wait in line, which this year was at least half an hour. That alone has to be a testament to how awesome it is, that Preston is willing to wait that long for a turn on it. And he gets his patience from me which means he has a teeny tiny little bit more than none.

It did not disappoint. 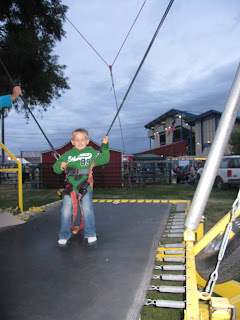 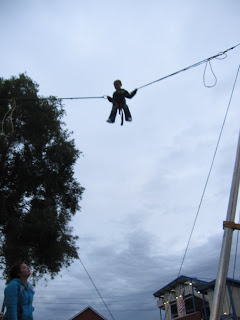 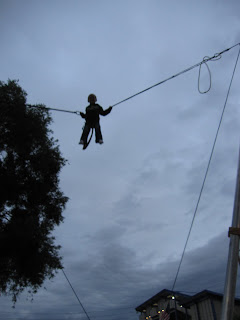 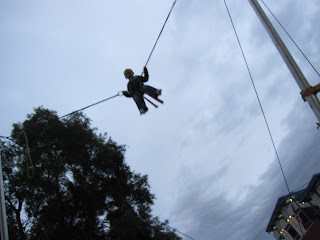 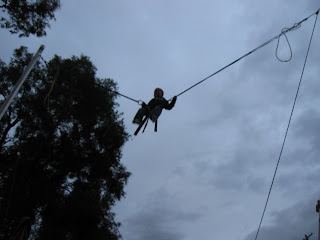 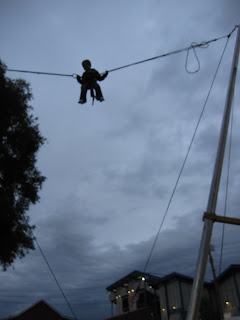 Brad and Preston did a roller coaster next. Funny enough we ran into my Uncle and my cousins in line so Brad and Preston got to ride the roller coaster with them! Preston had heard talk of my cousin playing one of the games and I knew it was over then. He'd been begging to play one of the games since we got there and I'd been saying no he had a bracelet and could do anything that the bracelet covered but only what the bracelet covered. Well after he heard that Brayden had won he had to play. So we did. And lost. Just like I knew we would, I swear those games are rigged! Luckily Preston had fun and got it out of his system. 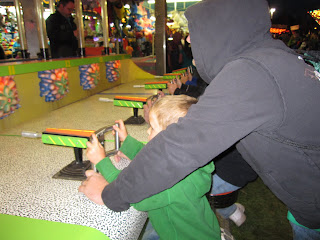 We headed over to the adult section and Preston was drooling over all of the grown up rides but poor kid he's just got a couple of years before he'll be tall enough to really enjoy that side of the fair. But we found a few that he was tall enough for. Thank goodness since my little adrenaline junkie wanted to ride them so bad!

The first I didn't think he was going to be tall enough for but when we checked he was so we hopped in line. You sat in a little car and it drove in circles rocking and going up and down over little hills incredibly fast and then it switched and you drove backwards doing the exact same thing. Preston loved it! 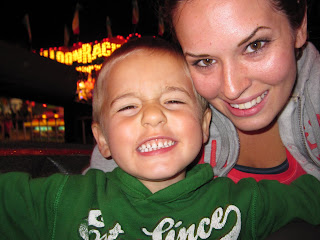 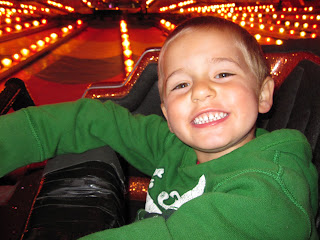 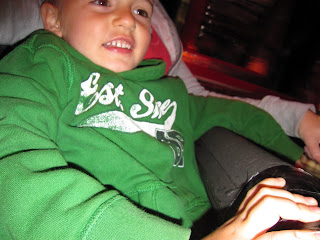 We made our way over to the house of mirrors, for some reason Preston loves that one. Me not so much but I sucked it up and went through with him. Mostly because I have seen way too many horror movies and there was no freaking way I was sending Preston in there by himself!

Next to the house of mirrors was the ride that we'd ridden over and over at John's Pizzeria in California and when Preston saw it he was determined to ride it. I was a little nervous because at one of the fairs we went to this summer he wasn't tall enough, but low and behold he was! We rode this one as a family. And Preston loved it just as much here as he did in California! 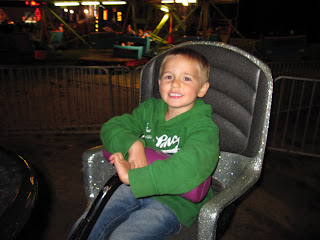 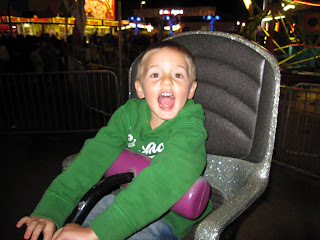 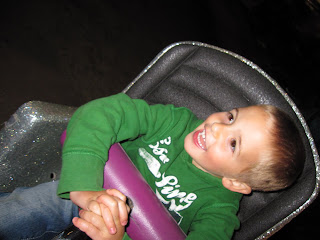 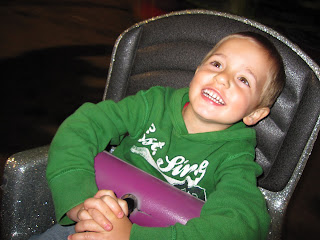 Somehow Preston conned us into a light saber on the way back over to the kid section. He loved it! And it helped perk him up since it was pretty much bedtime and he was starting to get a little tired. 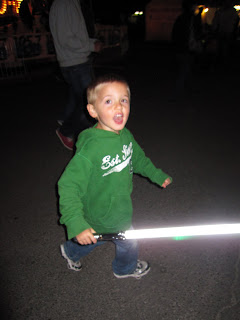 We rode a few more rides over in the kid section before getting ready to go. We wanted to make sure Preston really made his bracelet worth it. And that he was good and tired! 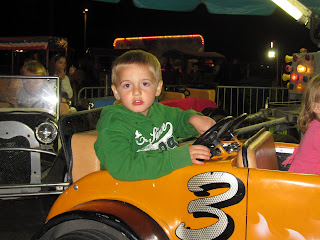 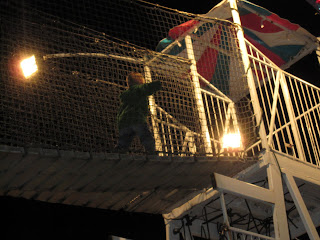 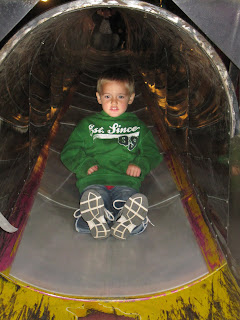 And he was tired! Preston fell asleep before we even got to my parents house to drop Marrissa and her friend off! We stayed way later than we'd planned but the fair only comes once a year!