Come On Over And Play

Time to get outside and enjoy the sun. And it was a perfect match up too. Zack, Kelly, and Ryan came over to join us and I had Mason for the day, so we all had a pair! Sweet!

We obviously played outside since it was HOT out!

The plan was for the big boys to go swimming in the pool. But then Mason and Ryan wanted to go play in the pool too. Only problem was that me and Kelly didn't want to get in the pool just yet. So I pulled out the little kid splash pad to distract the little boys. We'd had one the Summer that Preston turned one and then when he ruined it we bought a new one the following year. And then when that one broke I bought another new one. And it never came out of the box. But it was time to break that baby out. 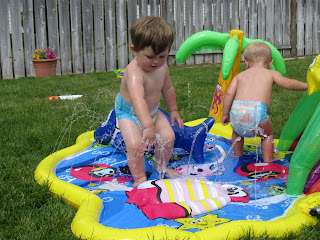 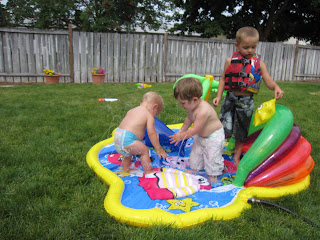 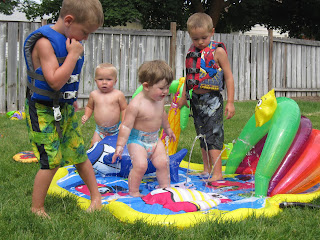 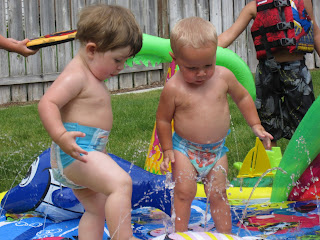 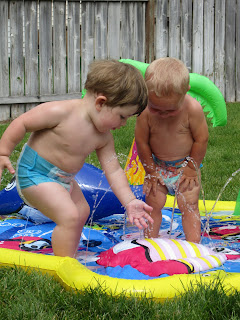 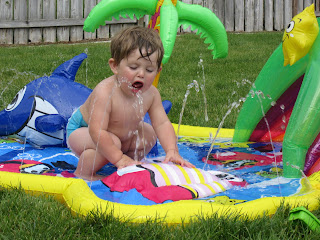 Ryan had a good time just hanging out. Literally, he loved hanging on the back of the chair. 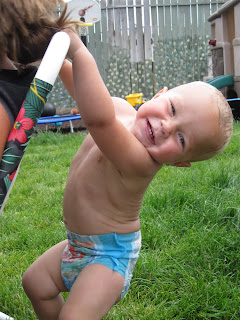 Then it was time for them to take a ride. So they all piled into Preston's truck and took off. 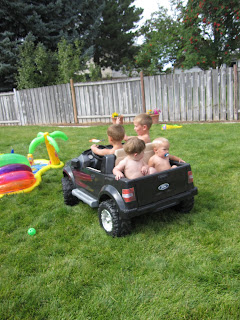 And then Mason really did take off when Jessie got off work and came to pick him up. Poor Ryan was stuck with the big boys. And those big boys are exhausting so he took a little nap. 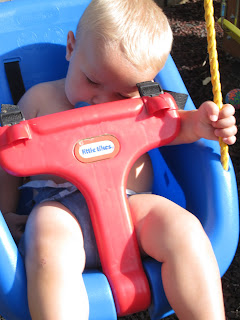 Not that Preston and Zack seemed to mind they just went right on playing. Because they are big boys and have way too much energy. 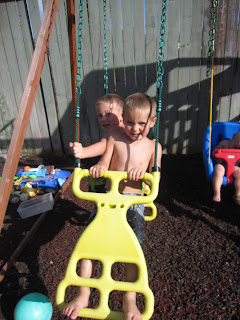 Summer and friends, it doesn't get much better!