Preston turned four and we had an exciting day, but we still hadn't had a birthday party! So we had to rectify that!

Welcome to the first of Preston's birthday parties this summer.

He was exhausted. We'd gone to the fair all day and then headed back to my Grandma's for his birthday party. But he rallied. Amazing how presents and cake and party time will do that for a four year old! 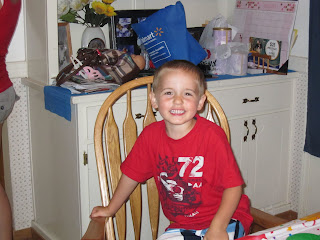 He was so excited about the cake. Well not so much the cake as the singing. Preston loves the Happy Birthday song and loves it even more when it's being sung to him. 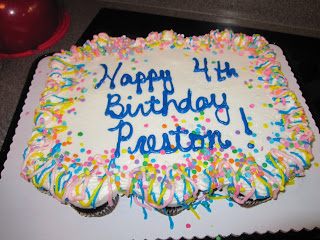 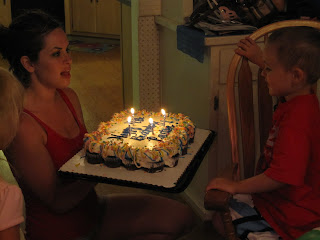 And then we had some dinner. Which I took no photos of. In case you're feeling a little left out, we had Papa Murphy's pizza. It was good. And there was none left.

Moving right along to presents. Where Preston let his new bestest friend Emmy help him open them up. They were both so excited to see what he got! And he took in more stuff than I knew what to do with; from Iron Man to Thor, games, a football, Captain America, a toy gun that turned into a sword, Transformers, and more. We could have gotten away with bringing no toys on vacation with us after the amount he got at his party! 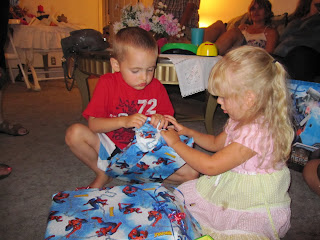 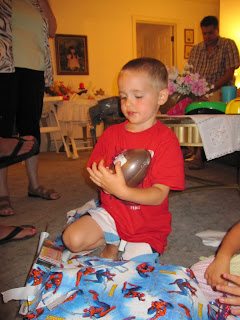 You'd think that Preston would have been pooped after the day that we had. But I'm thinking that the little nap, cake, ice cream, and presents refilled his energy tank because he didn't settle down for a while that night!