California Trip - The Drive Down

The drive down to my Grandma's in California is always a two day drive. I guess technically it could be done in one day, but it would be a really long day. So we've always split the drive somewhere in the middle. This time we stopped a couple of hours past the half way point since we were making good time and no one was scratching their eyes out because they were done being in the car. 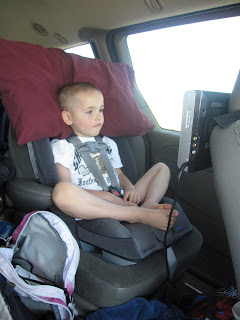 We checked in at the hotel, went swimming, walked around the area, and headed to dinner. After dinner we came back to the hotel and Brad read Preston some bedtime stories, as I'd forgotten to pack any. And Preston hogged the bed. 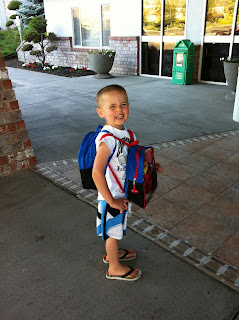 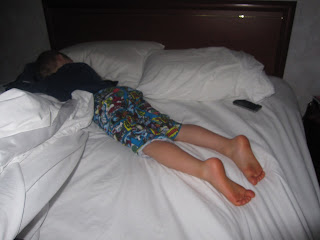 We climbed in the car the next day excited that because we'd made such good time the day before and we would be at my Grandma's house around two that afternoon.

It is such a good thing that we opted to go farther the day before because all of that road work killed all of the time we'd made up. We didn't get to my Grandma's until almost 5:30pm!

I am very lucky to have a little boy who does awesome in the car and did great both days of traveling. Preston watched movies, played games, and just chatted with everyone in the car. He did so great! It definitely makes traveling with him easier. Now if only he knew how to sit nicely and behave in a restaurant, then we'd be golden on road trips! Ha!

Once we arrived in California our vacation and the fun began!!