What would a vacation to the beach be without a day at the beach?! Preston grabbed his gear and he was ready to go! 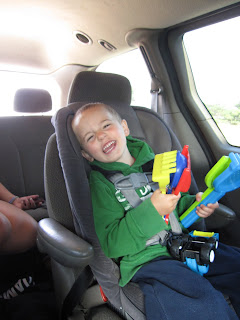 Of course we couldn't go without grabbing something to eat first. We were starving! And in an attempt to keep the boys entertained while we waited we played pose for the camera! I think the first one is hilarious, can you tell I was like take the picture already and put your truck down Preston! Ha! The second one was much better. Everyone was seriously so hungry that every plate was cleared. 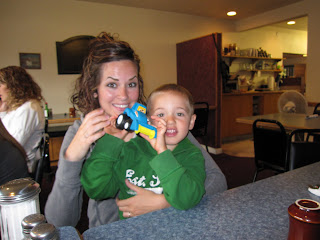 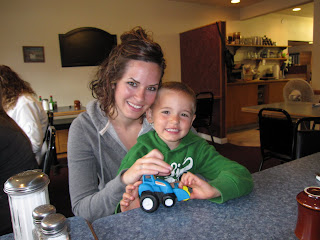 With full bellies we were ready for the beach!

Well almost ready. My brother is clearly an eighteen year old boy. And is obsessed with inappropriate t-shirts. And he happened to have been wearing one of his worst ones underneath the shirt he was actually wearing. He took the top shirt off and somehow we managed to convince Travis to stand next to him to take a picture, without him having any idea what we were doing, for this totally awesome and completely inappropriate photo. 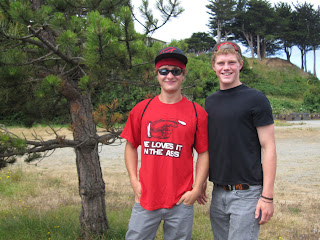 We drove around looking for a beach and finally found one after getting lost a time or two. We changed into our Oregon Coast beach outfits, which included swim trunks for the little boys and capri sweats for me and my sister paired with our shirts, thermals, and sweatshirts. Ready for the water on the bottom and freezing on the top! Except for Marrissa who was crazy and wore a tank top and shorts. And Matt and Travis who just wore swim trunks because they are absolutely insane. 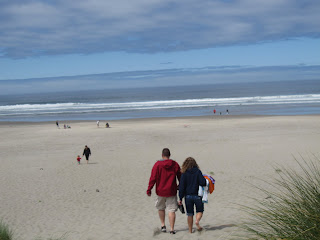 Preston was so excited to be at the beach! He love love LOVES the beach. He didn't even care that it was cold. He was all over getting in that water! I was shocked at how unafraid he was. Last year he loved the beach but he wasn't so sure about the ocean. He hung back a little and did not love when the waves came after him. This year he was all about the ocean. As soon as we got there he headed in. He wanted to be one of the big kids soooooo bad. He'd chase them down trying to play too. And then Mason would chase Preston down to play with him, it was all so adorable. And fun! 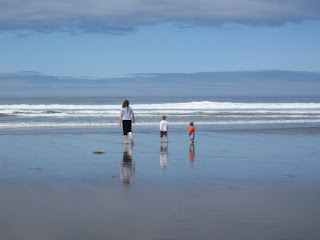 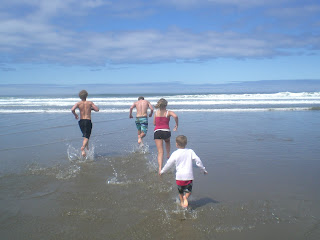 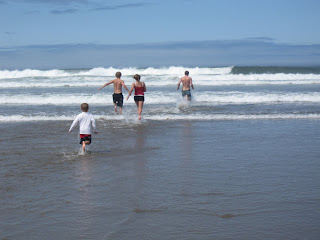 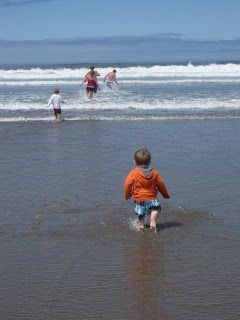 We all had some fun playing in the water and racing around. In and out of the water. Chasing the waves. And losing layer by layer. The little boys would soak their top layer and we'd pull it off and they'd soak the next layer! They were so excited to be in the water and at the beach that they didn't even care they just wanted to play! 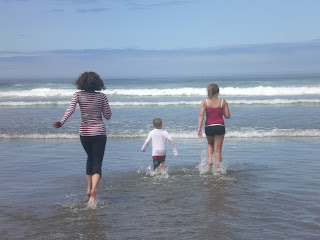 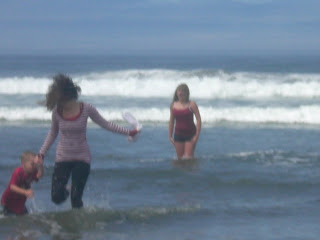 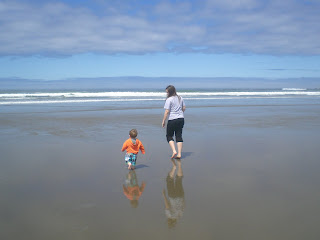 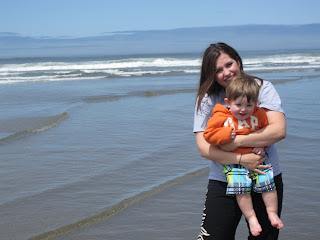 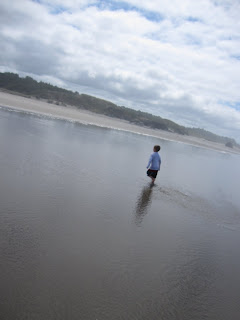 Marrissa and Preston did a lot of racing into the water! They went in, they came back out. They got completely soaked. And they loved every minute of it! 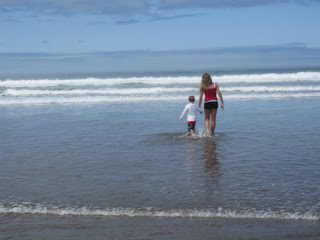 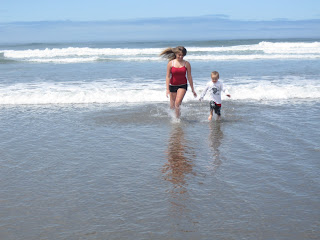 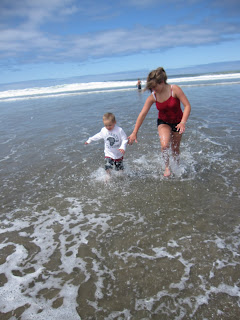 While the little kids played and raced around and just loved being at the beach, the older boys did some skim boarding. They were all over the beach. It looked like so much fun that me and Jessie decided to give it a try. There are no pictures of that, it wasn't pretty and we pretty much failed. But the boys were awesome. 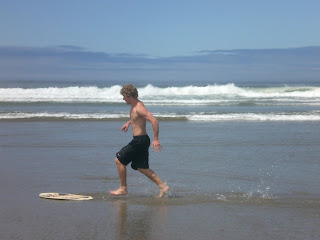 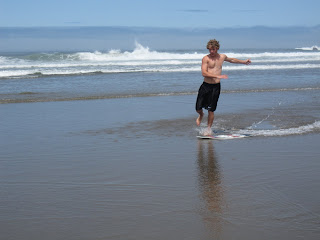 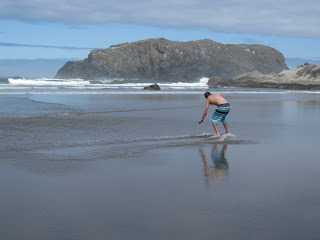 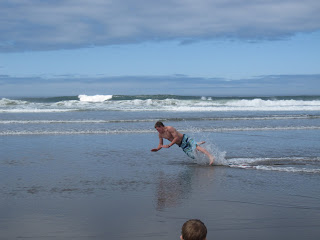 Finally everyone was so cold that we moved up to the beach. Preston didn't want to leave but he was cold so Jessie convinced him to let her bury him in the sand. She tried to convince him last year when we were at the coast and he refused to let fully bury him, this year he was all for it. He had a big smile on his face and thought the whole thing was hilarious. And at least it warmed him up. It was not so awesome later when Preston had sand everywhere, but it was worth it for how much he enjoyed himself. 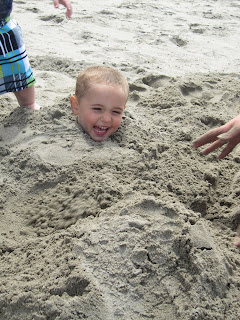 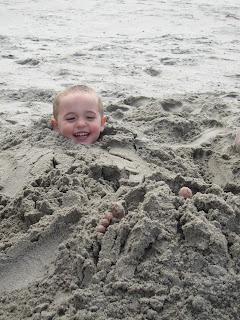 By the time we left everyone was cold and it was a very good thing that the house my parents rented had three bathrooms because we all needed hot showers to warm back up!