While Brad went to see Transformers 3 with my brother me and Preston headed up to a gorgeous park with my littlest sister to play and explore and have a picnic lunch and see all the flowers. 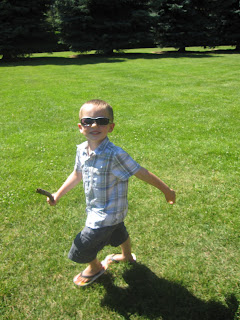 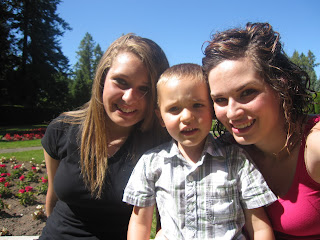 Preston loved the park because on top of all of the pretty flowers there was also a giant fountain in the middle of the park. Preston was all over that. And it wasn't busy and there were no signs and other kids (and dogs) had already climbed in so I told him to go for it. Plus there were the lady bugs that needed to be saved! 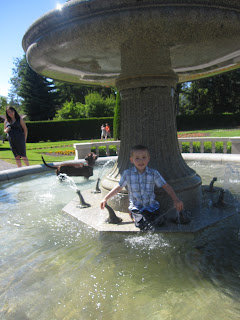 Preston, ladybug hero. He would rescue them, allow them to dry off, and then release them into the flowers. 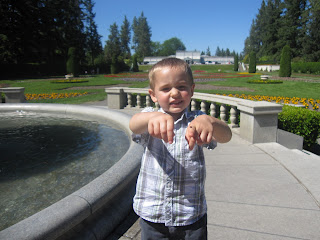 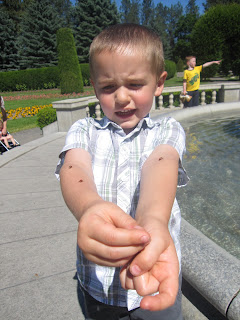 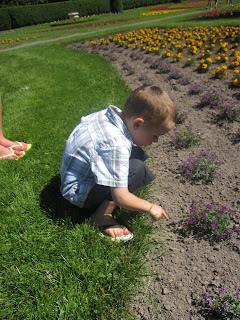 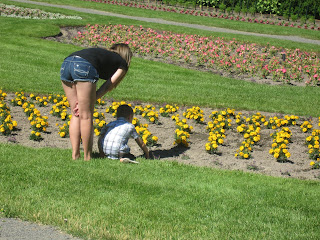 While wandering the park we headed up to the observatory to see what they had in there. There was an entire room of cacti. But somehow it was even more hot in there so we had to head back out to the garden. 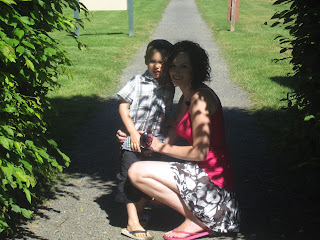 Eventually it was time to head home. My Mom's Aunt and Uncle were getting into town so we were heading to my parent's house. After we stopped for ice cream. It was HOT!