With the warmer weather that we've been having lately (not including the rain that can't seem to make up it's freaking mind) we've been going for walks. Preston likes to get some of his energy out and loves walking over to the school or park a couple of blocks away. I love that it wears him out before bedtime!

Apparently Preston isn't the only one interested in going for a walk at the end of the day. Our cat, George, is as well!

We headed out the other day and got to the end of our street and heard a cat crying. We were trying to figure out what it was and where it was coming from when I saw George poke his little head out of a neighbor's bush. He'd followed us and had gotten outside of his comfort zone, but still wanted to come.

So come he did. He followed us all the way there. We had to stop and wait for him and let him catch up and reassure him that we would stay close by and not leave him. 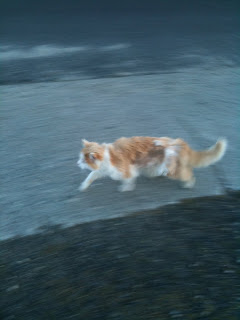 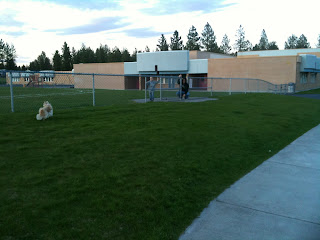 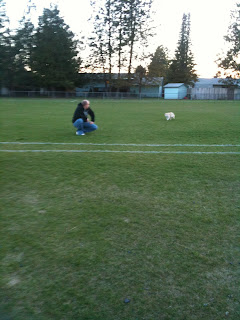 It was hard to play with both Preston and George there. It was almost as if we two children with us. A toddler and an infant. You see Preston wanted to play and race around and he wanted us to play with him, but George was terrified and needed someone to sit with him so that he didn't die of fear. If someone wasn't near him he just cried and cried. So me and Brad rotated between playing with Preston and sitting with George. lol. 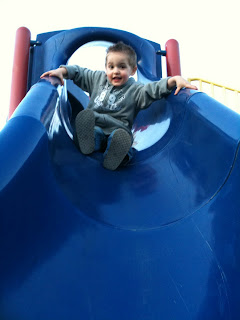 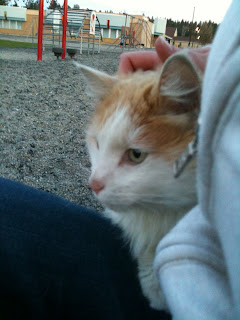 Not much later we headed back home. A certain little boy needed to get to bed and a certain cat was done being away from our street!