Our first day in Seattle was beautiful. Much better than the rain and snow that was happening back home!

Since Jen had to work me and Preston hung out with Madison's nanny, Debora. I was so excited to meet her. I'd heard a lot about her but hadn't yet met her. She was fabulous! Me and Preston spent the day exploring some of Jen's neighborhood with her and Madison.

She took us to play at the community center a couple of blocks away. They set the whole gym up with bounce houses, trikes, balls, and other toys. Preston was in heaven. And it was perfect for me and Debora to get get a chance to sit and chat and relax while Preston got some of his energy out! He had so much fun!

Plus I got some super cute pictures of Preston and Madison! 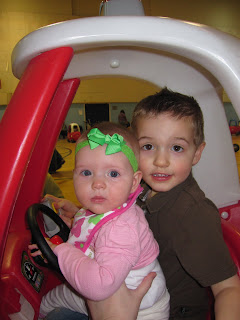 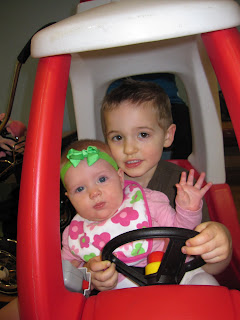 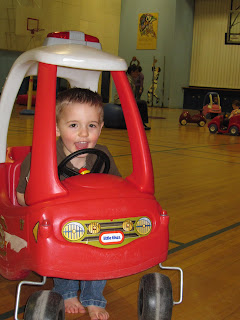 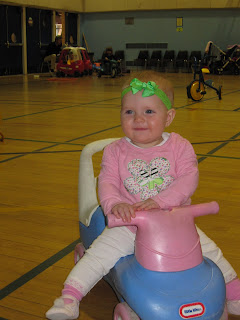 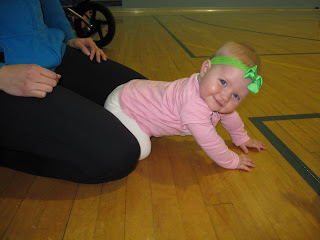 And Preston perfected his bike riding skills! At the end of last summer he was starting to figure out the whole peddling on his own thing out right before it was time to pack his bike up. But you know what they say it's just like riding a bike and it was! He climbed on and it took a couple of tries and then he was riding all over the gym! 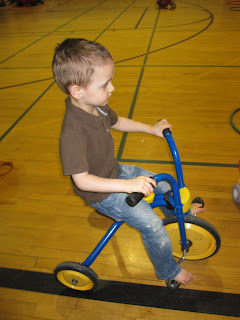 From there we ran a couple of errands and explored and grabbed some lunch. Where Preston decided to be a fabulous little diner. I'm sure it had to do with the fact that he was playing on my phone, but hey I'll take what I can get. He also decided that he would rather sit next to Debora than me!

I was very impressed with Preston by the time we headed back to Jen's house. I'd left the stroller in the back of Jen's car the night before and had forgotten to grab it. We still use our stroller almost every time we go somewhere that Preston would need to walk. He's a runner and pretty much tries to take off anytime we go anywhere. And if I need to get things done or we're walking in a crowded area or near a busy street I get nervous and just prefer to know that he's safe. But as I didn't have my stroller Preston had to walk. And he did great. We had one issue at a roundabout but I'm choosing to believe that he was just confused because the road looked different rather than he thought it was okay to race into the road without waiting for me. Other than that he did great listening and holding my hand and following direction. And was very concerned about the rules when it was time to cross the street.

When Jen got home from work and it was time for Debora to leave Preston hated to see her go! I cannot tell you how happy that made me. For so many reasons! I love knowing that Madison is in such great hands while Jen is at work providing for their family. And it was a huge relief to me to see Preston react so great to Debora because we are looking at preschools and I have been worrying that he won't enjoy his teachers or the people at school because he doesn't know them. But in a few hours he loved Debora, so I know that he'll adjust well at school with teachers who are just as awesome!

Wednesday started Jen's vacation with us! We were so excited! Preston was practically bouncing off of the walls by then. He loved being at Aunt Jen's house and being around Jen and Madison. He was so into Madison! It was adorable. He wanted to know where she was all the time and would argue when it was time for her to take a nap. And when she woke up he made sure we knew and wanted to be the first to play with her! Lucky him she seemed to be just as infatuated with him as he was with her! 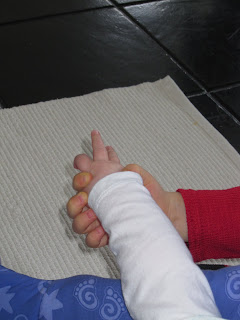 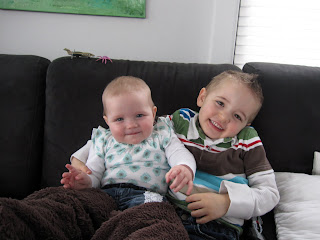 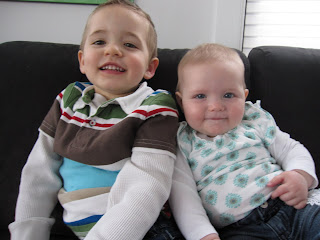 Out the door we went to Ikea! Somehow I went in for one thing and came out with way more. Ikea will do that to you!

Preston was thrilled when we walked in and he found a child sized cart for himself. He had to have it. Last time we were at Ikea he saw other kids with them and wanted one so bad, but it was packed and we couldn't find a single one. He was so stinkin' cute pushing his little cart. 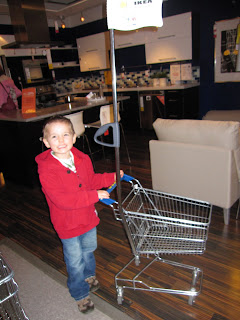 And then as if pushing a cart around the store on his own didn't make him seem grown up enough, he decided he needed to go play in the play area. AKA the daycare for kids while their parents shop. The ball pit sucked him in. After we filled everything out and I checked my freak out at the door he went in to play. We waited by some of the windows watching him while I tried not to panic about the fact that my BABY is growing up so fast! After about five minutes Preston looked over and didn't seem me, as we'd moved down and gotten ready to leave the area. Yes, I was still standing there watching him play after five minutes. He's my BABY! Anyways he realized that I wasn't standing there anymore and started to look around a little worried, so I knocked on the glass to show him I'd moved. Well then he decided he felt like coming out to me, only problem was that he couldn't come out to me. They don't just let three year olds decide when to leave and then release them into Ikea. And when they wouldn't let him come out to me I think Preston really started to freak out. He ended up deciding that he was done in there and wanted to come out. When I asked him about it he also told me that there was an area that was only for five year olds and he wanted to play in there but they wouldn't let him because he's only three and he really wasn't feeling that. Ha! Oh well, he came out just in time for lunch.

Madison had a big day at Ikea too. She sat like a big girl in a cart for the very first time! Seriously how big does she look! So adorable! And she really seemed to like being able to see everything and everyone. 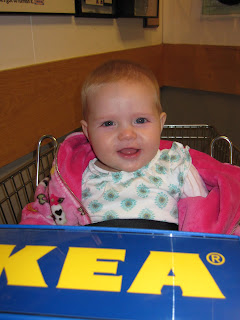 And then a trip to the mall to see the Easter Bunny. A trip that didn't pan out because Madison fell asleep on the way and Preston wasn't very far behind her on the nap time train.

Thus ending our excitement for the day.