Shouldn't He Have Come With A Manual?

I have to share what Preston's been up to. 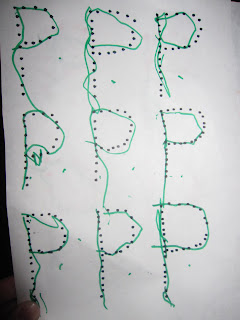 Oh yes, that's right we are working on writing our letters! I'm thinking we're going to start with the letters in his name and then move on from there. But seriously check out his skill! I drew the dots and he followed them and did such a great job! Especially considering that this is his first time writing "P". My baby is growing up!

But the fun doesn't stop there!

Preston is also drawing people. Oh yes. Not just any people, me and Brad! 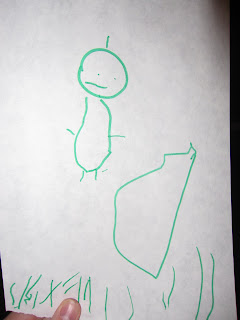 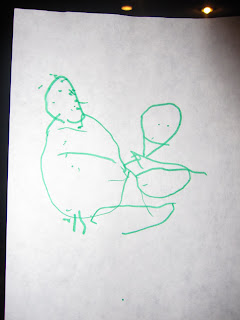 Didn't he do a great job? Doesn't that look like us?

Preston's latest two things lead me to the title of this post. Am I the only one out there who sometimes feels like they are holding their child back because they don't know what they are doing?! Seriously. I just feel completely uncertain of when I should start teaching Preston something or really be focusing on something. I have no idea when he is actually ready for something and a lot of the time I feel like because I don't know when he is ready to learn things I'm holding him back. I didn't even realize that he might be ready to start learning to write his letters until I saw that other kids his age were already doing it.

Or Preston doesn't like to draw. He's just not one of those kids that will sit at the table with arts and crafts for very long. And I'm constantly wondering if that is because I'm not very creative so maybe I don't pull out the arts and crafts often enough. Or maybe Preston really just isn't into arts and crafts because he is into a lot of other things and really he's just more of an active child.

So while I am sooo very proud of my little man for the things that he's been up to, I still have that little voice in the back of my head that wonders if he could have been doing this sooner if only I had started working on it with him before now.

Parenting the never ending game of second guessing yourself. I can't possibly be the only one right?