Last week we got to tour a local pizza place and help make some pizzas. Pizzas for us to eat! Don't worry that pizza you ordered last week wasn't make by a bunch of small children!

Preston got to help spread the sauce around on our pizza. It took him a second to get the hang of it, but then he seemed to enjoy himself. 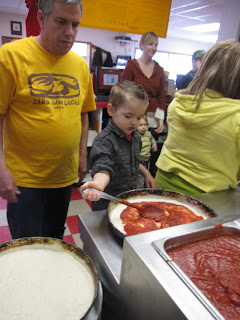 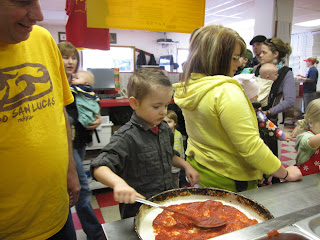 While our pizzas were cooking we got to check out the cooler and step inside. Preston seemed to think that this was pretty cool. Get it, the cooler was cool! Ha! I crack myself up! Although I have to share that I did not come up with that one on my own I used to hear that joke and ones like it all the time when I worked with ice cream. 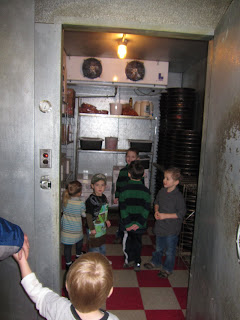 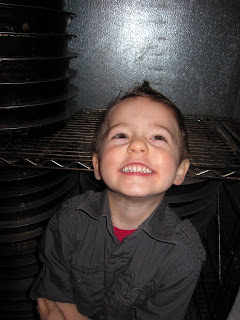 Then our tour guide showed the kids how the dough is made and let them help out a little bit. Their mixer was huge and Preston and all of the other kids seemed to get such a kick out of it! They couldn't seem to crowd close enough. 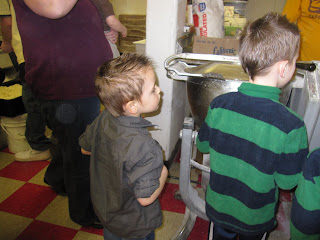 When the dough was done each of the kids got a portion of it. And got the chance to roll it out on the table and knead and play with it. Preston really got into this and loved being able to play with it and that it was his and just his! 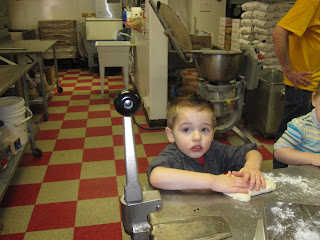 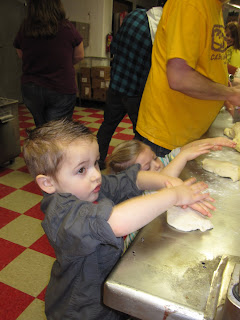 Even Mason got some pizza dough. 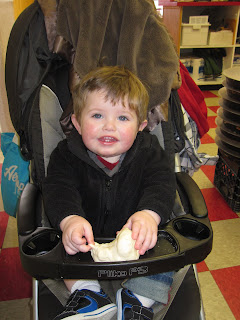 In the end, Preston refused to eat his pizza. He wanted nothing to do with it.

Mason on the other hand was all over it! He ate a whole slice! 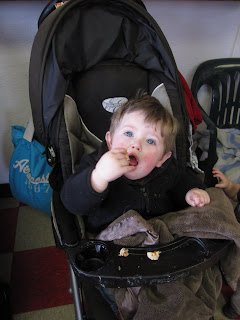 Thanks for inviting us and setting the whole thing up Kelly!

We ended up at Burger King with friends afterwards to let Preston race around and finish off the rest of his energy and so that he could have some lunch since he refused to eat his pizza. And so that he could enjoy having me spill my drink all over him. Oh yes, I spilled my pop all over him! Luckily he had a shirt on underneath his long sleeved top. Even funnier he thought I was going to blame it on him and the Burger King employee thought it was his fault and I had to confess that it was me who'd spilled it. It was so embarrassing! And I felt horrible that I'd made such a mess.