I took the boys to play jump the other day. Preston has been many many times and since before he was even walking! I decided it was time for Mason to check it out too. And both boys had such a blast!

Preston already knows which bouncy houses are his favorite and was off and playing right after his shoes came off! 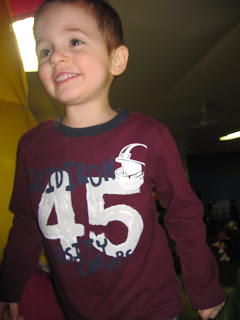 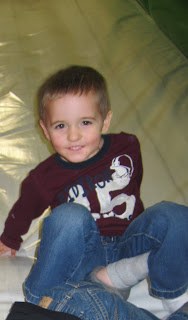 Mason was brave enough to go down the big slide all by himself. And to attempt to follow the big boys back up the stairs. Even though he didn't make it, he didn't seem to mind. 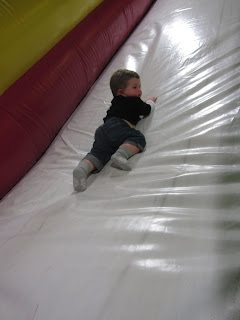 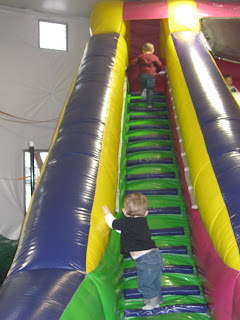 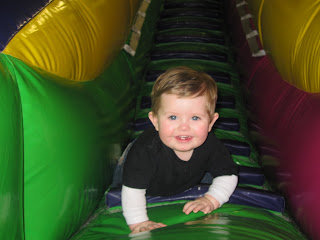 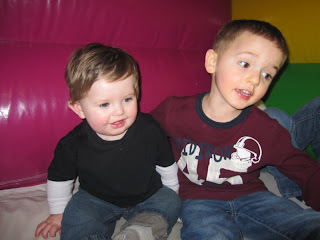 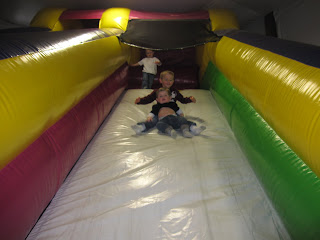 Now we just have to figure out a day to go back. And we will be bringing my sister next time, keeping up with both of them was just exhausting!