We've been doing some bowling lately! We've got a bunch of free games that expire at the end of this month and I'm determined to use them up rather than letting them go to waste!
We met Preston's little buddy Boone down there on Friday for a game. 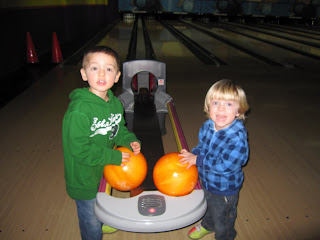 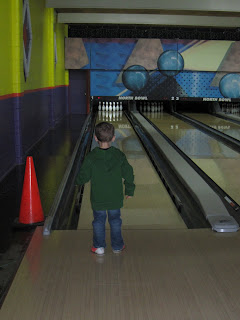 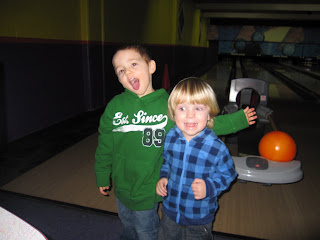 The first few frames Preston was into it. Then he remembered the arcade and it was all down hill from there. He kept having to check it out. And I kept having to bring him back for his turn. He did start to get back into it at the end, but that could have been because I'd threatened not to take him for french fries afterwards if he didn't start listening.
Preston enjoyed playing at McDonalds afterwards a lot more! He was all over racing around in the tubes with Boone. I was all over being able to sit and talk while Preston played.
We're going again tomorrow with more friends so here's hoping that Preston is up for another game!