Attack Of The Snow

We have a lot of snow around these parts and if the weather reports are right we're going to be getting even more. Ugh. I am not a fan of snow. Not in the slightest. I hate driving in it, hate how cold it is, and hate how not long after it falls it's dirty and gross. No thank you.

I thought Preston shared my feelings. When we got the first batch of snow in November Preston wasn't all that interested. He didn't mind that it was on the ground for several days before he went out to play in it. Or that when he did finally go out to play in it that he was back inside within fifteen minutes. It was cold people.

This time around, Preston was pretty excited about the snow. All of a sudden Preston wanted to go out and play. I'm sure it helped that Brad had just gotten home and was shoveling outside. Preston couldn't get into his snow clothes fast enough. And once he was out there he wasted no time playing! 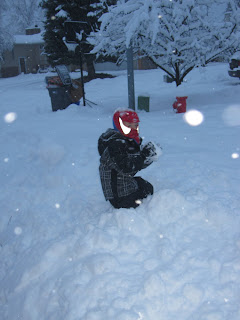 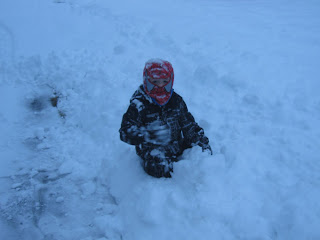 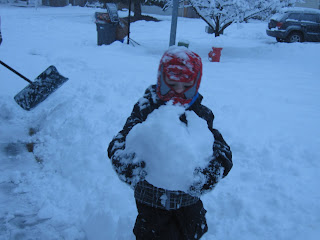 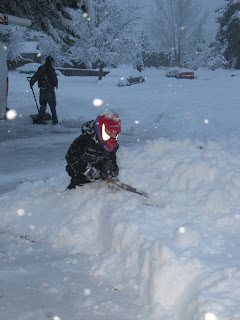 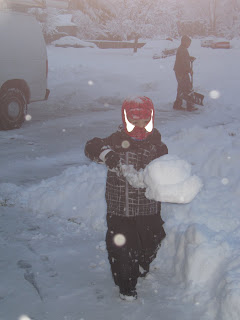 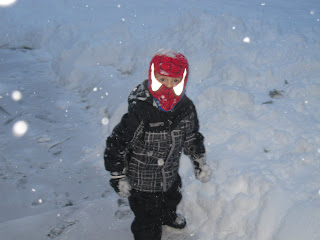 Not too much later, Preston got cold and wanted to come inside. Imagine that, getting cold in the snow! I'm sure it didn't help that we still haven't gotten around to buying him real snow gloves so he was out there in those little fabric ones. Two pairs of fabric gloves, just in case you were thinking I was neglectful or something. Ha!
Of course though after I took his coat, snow pants, boots, gloves, and hat off Preston was ready to get dressed all over again and head back out. No big deal, it's not like putting all of his snow stuff on is a process or anything. Of course the quiet while Preston was outside playing was well worth getting him dressed again, so he headed back out to play some more. This time with new dry gloves. Two pairs of new dry gloves in fact, just in case you all were thinking child abuse or something. And this time Preston even made a snow angel, two snow angels actually. 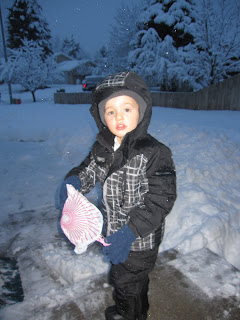 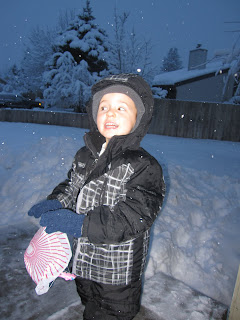 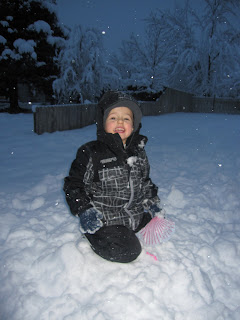 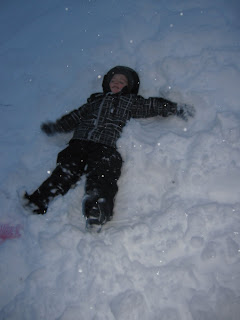 Then it was time to come inside again.
Looks like I'm going to have to get him some real gloves before we get all the snow that's supposed to be on it's way. Wouldn't want to keep my little monster from making any more snow angels!

It looks like he had a great time out there! My little boy, Jax loves being outside in general, but he loves the snow. Me? Not so much!!