I know you’re all dying to hear about our Halloween. I won’t hold you in suspense any longer.

Preston insisted that he had to dress up as Spider-Man. Every time I asked him what he wanted to be for Halloween he replied with either Spider-Man or a super hero, in his mind they are one and the same. If I asked him why he told me because Spider-Man can climb buildings and shoot things out of his hands and kill bad guys and save people, apparently that’s enough of a reason to dress up like Spider-Man to a three year old. I’m not going to lie I was hoping to get one more year of a cute costume out of him. Or at least a costume where I could see his face. Obviously Preston had other ideas.

We started Halloween night out at my parent’s house. My Mom had bought Preston and Mason Halloween presents and wanted to see both of them in their costumes. Preston was more than willing to show off his Spider-Man skills. Not so willing to take photos, but threatening not to take him trick or treating helped out with that one. 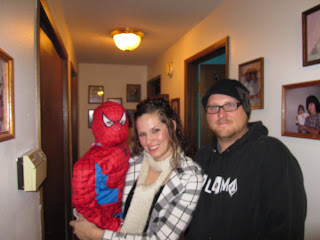 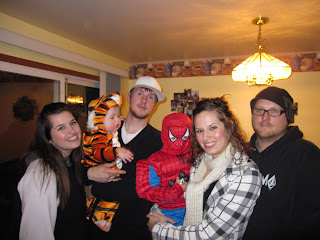 Finally it was time for what Preston had been waiting for, trick or treating. Only it took forever to actually get going. I had to run back in for gloves. Or another sweatshirt for Preston. Or a sweatshirt for my sister. Or I forgot to set the candy outside. Or we decided to use the stroller instead of the wagon. Or we had to alter his Halloween costume to make the eye holes bigger because he couldn't see and kept tripping. The list ran on and on. And then finally we actually got going on to the trick or treating. 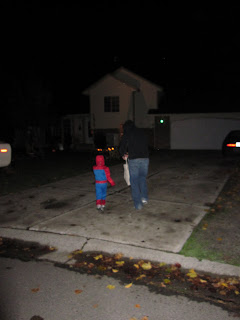 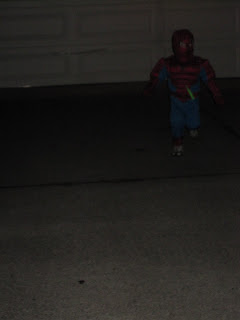 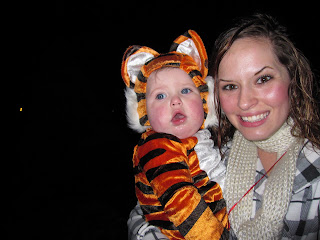 Preston was all over the candy. He had the “trick or treat” part down. I’m not going to lie, we’d been practicing. He did get a little bit confused about the thank you part, at least when I went up to the houses with him. After he trick or treated and got his candy, he’d sometimes forget to say thank you but if I asked him what he was supposed to say he’d say trick or treat again! It was hilarious. At about half of the houses that this happened at he got twice as much candy because people thought it was so cute that he was saying it again. And only once did I have to drag him away from the door. If you must know he was screaming chocolate while I pulled him back down the driveway. It was hilarious and mortifying all at the same time. 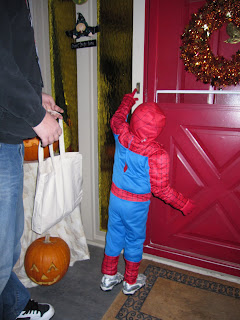 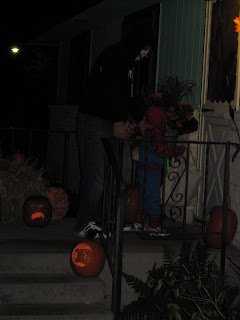 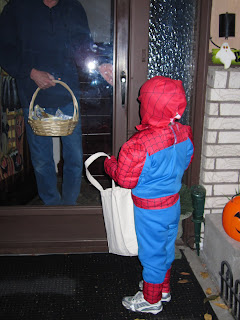 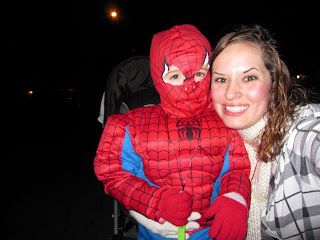 In the end after all the wait and excitement, Preston only lasted about forty five minutes. It was cold. He was tired. But mostly it was that I’d left his brand new truck that my Mom had gotten him for Halloween at home. And he insisted that he had to have his truck NOW even if it meant that we were done trick or treating.

Of course we had to take more pictures of the boys in their costumes when we got inside. Preston tolerated it and Mason was so excited that Preston was sitting next to him and letting him crawl all over him that we had some success. 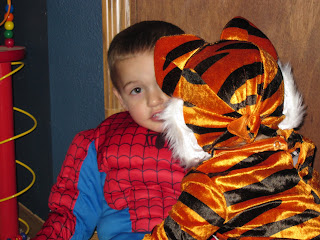 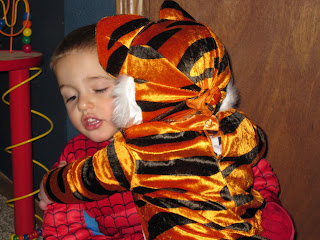 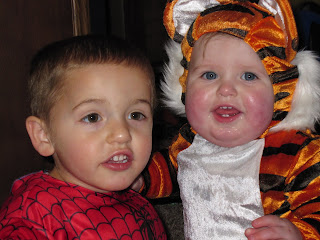 Did we have the cutest Spider-Man and tiger ever or what?!!

Ummm, yeah. You do have the cutest spider man and tiger ever! I love Mason's cheeks! They look so pinchable.

Yes, I am that aunt. You know, the one who pinches cheeks.