A Car Full of Fun

One of the days that I had Mason recently, we headed down to the children's museum in our area with some friends. We rode together with our friends Kelly, Zack, and Ryan and Kelly and I got to see firsthand what it would look like to have four kids. Holy crap, that is a lot of car seats! 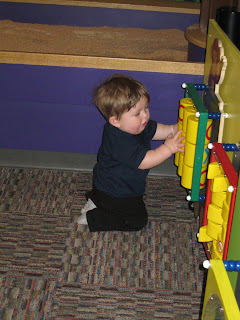 Me and Preston hadn't been down to the museum in over a year and I think that Preston is really at an age where we can both enjoy going down there more, so I went ahead and renewed our membership and added Mason to it too. Now Mason can come down and play with us! 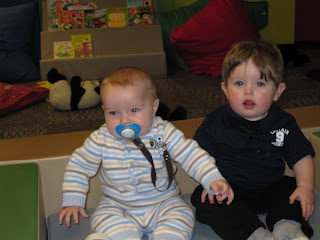 While Preston raced around enjoying all the different parts of the museum and playing with friends, Mason got to play in the little kid area and the music stage. 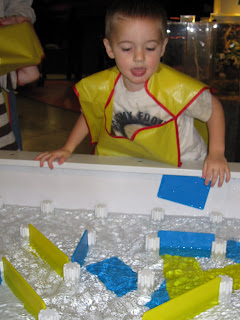 Being down there with both Mason and Preston helped me realize how much Preston has grown up lately. I not only survived taking both of them down there, but I had fun! I could totally handle two kids! Not that we plan on having two kids anytime soon, but still. I'm sure it helped that we were down there with friends so I wasn't all on my own, actually I know it helped! 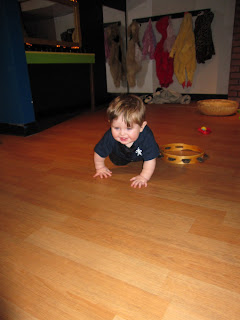 I also noticed the differences between Preston and Mason. Mason is much more cautious than Preston ever was. Preston was much more fearless and a big risk taker. Mason thinks things through before he decides what he's going to do. Preston is also one of those kids that just takes off and expects you to follow him. Mason is the opposite, he liked to know where I was and kept an eye on me whenever he was down. Obviously these differences really helped while I had both of them. 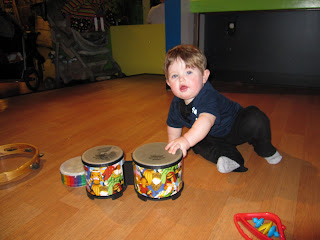 Funny story, I was mistaken for Mason's Mom a couple of times while we were down there. Once when we were playing in the little kid area and Preston went over to show some little girls how to go up and down the rabbit hole in the climbing toy. The mother of one of the little girls told me he was such a great big brother. Once I got over my proud Mommy moment, I told her, that he was actually a great big cousin. And again by the lady at the front desk who told me how much she loved Mason's name and how she named her son that too. 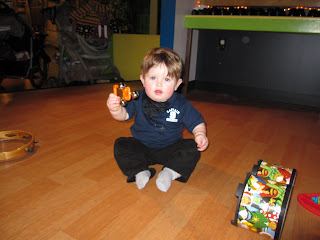 Another funny story? Okay, not so much funny as something I noticed when I got home and went through my photos. There were way more pictures of Mason than Preston. I learned pretty quickly that Mason is at an age where he was much more willing to take pictures than Preston is. Mason was content to smile for me or easy to tease into a smile and was much easier to distract from what he was playing with than Preston was! I'm sure that whole sticking by my side thing helped with all the picture taking too. 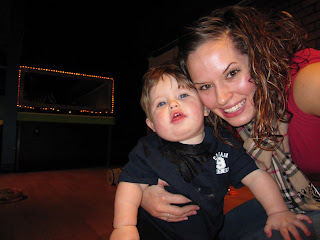 After playing for almost three hours, we were starving! So we headed upstairs for a late lunch. Where the bigger boys had fun playing and Mason enjoyed eating french fries and making a mess. 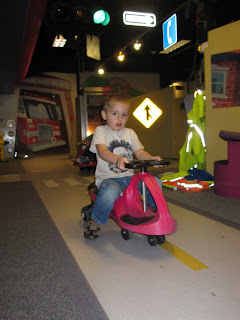 I think it's safe to say we'll definitely be doing this kind of an outing again!

I was actually thinking that it was funny that you posted more pics of Mason than of Preston!

I cannot get over Mason's cheeks! He is all kinds of adorable.