Whale Watching And A Lighthouse

I have always wanted to go whale watching. Always. But up until this trip it has never happened. Partially poor timing and not actually getting around to it. And partially because I grew up watching Jaws every time we went to the ocean and there was no f-ing way I was going out on one of those boats! Yes, Mom I blame you for this.

We went this time. I knew that Preston would love it and I decided that we just had to do it. So we all did it. And enjoyed it. Even my Mom who was freaking out a little bit on the way out, yes she is terrified of sharks and has seen those Jaws movies a million times too many! Mason enjoyed it so much that he fell asleep within the first five minutes, I think it was all those waves. Preston took a little bit of time to warm up to the whole idea, but once he did he loved it. I think because the ride out was so rough, Preston wasn't sure what to think about the whole thing. Once we were out there and the boat wasn't rocking quite as bad we started moving around. Walking around the front and looking for whales. Preston got pretty brave! He was standing by himself and holding onto the boat all on his own, even trying to cross from where we were standing on the front of the boat over to where my parents were all on his own. 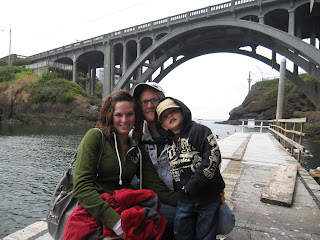 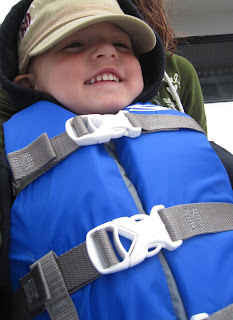 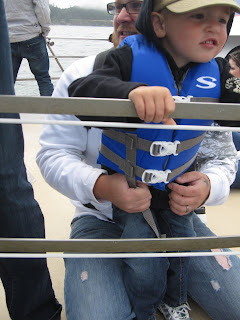 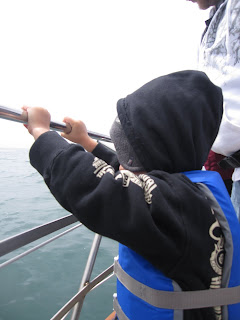 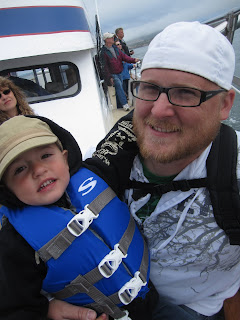 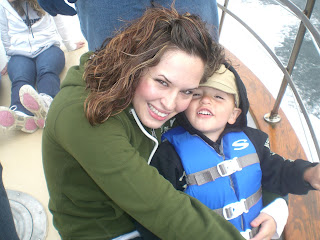 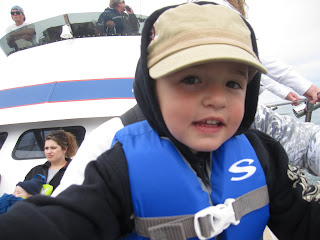 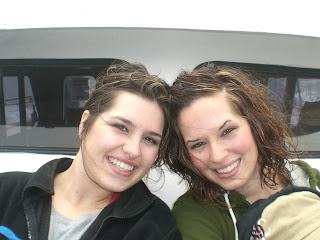 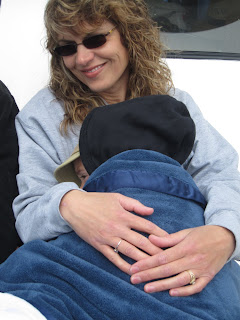 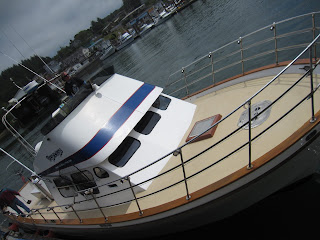 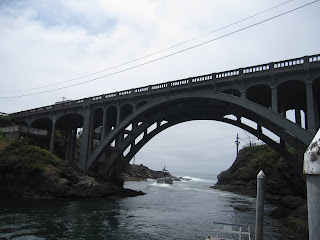 We didn't see any whales, but we did have a great time! And we did get to see some seals. Now we just have to plan on going whale watching again, only next time we'll actually going during whale season.

After lunch we went to check out the lighthouse near us. Another one of those things that I've never done. Although this time I can't blame it on Jaws, as far as I can remember he never went after a lighthouse. 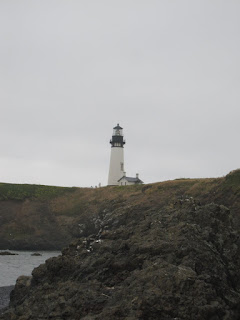 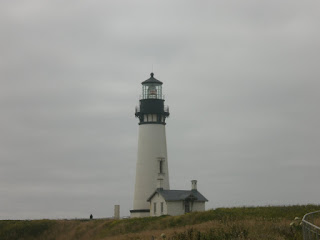 When we got there and saw the sign that said, "You must be this tall...to go up the lighthouse" I got a little nervous. When we walked up and saw that Preston was hovering right at the line, I started to panic. Preston was very excited about the lighthouse. Very excited. When we got in line and the lady walked by us and said that Preston would need to officially be measured, I was freaking out. When Preston was just short of the marker, my heart stopped. And then I begged. Really begged. I promised that he really was capable of hiking those stairs. Swore that he could handle it. I think I might have even mentioned that he's been walking since nine months so he has lots of practice. It worked! The guy told me he would allow Preston to go up, but only if I promised not to carry him. We could take breaks at the landings if Preston got tired but under no circumstances was I allowed to carry him at any point going up or down. Apparently it was a safety hazard because if I picked him up he would be over the bar going up and could fall. I was pretty proud. The lighthouse master was pretty strict, as evidenced by the little boy that was pretty much the same size as Preston crying hysterically on the steps outside with his Mom because he was too short to go up. Preston was so excited about being allowed to go up that he even waited patiently in line. And if you know Preston you know what a big deal this is. 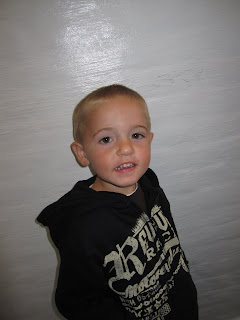 I made sure before we headed up that Preston realized he would have to be able to walk the whole way up and the whole way down all by himself and he seemed confident that he could do it and I believed him. I'm sure in large part because if he could handle the stairs to and from the beach to our house he could handle the lighthouse. And he did! All by himself. All the way up and all the way down. That's my baby! 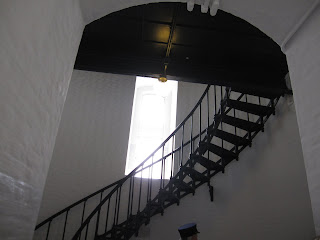 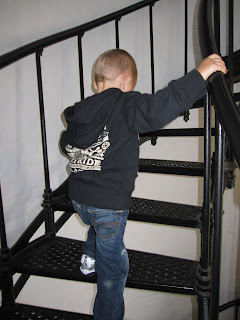 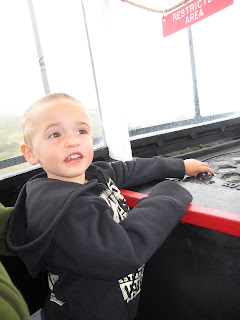 When we came back down Preston told the lighthouse master that he'd done it all by himself and we gave him a very big thank you for allowing Preston to go up. And then we headed down to the beach that we'd just seen from the top of the lighthouse. 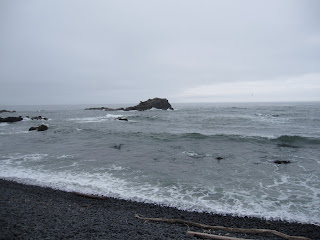 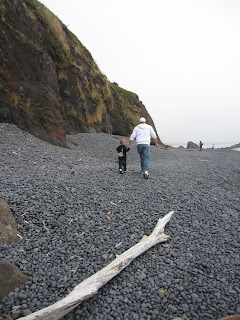 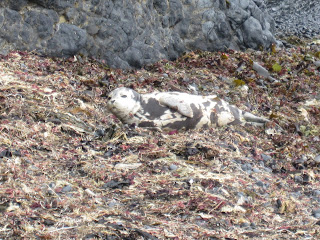 How cute is that little guy!?! I was in love. I wanted to just scoop him up and take him home! We stood, from a distance, and just watched him for a few minutes. He was so adorable! We read a sign on the way back up that seals will sometimes leave their babies on the beach when the water is rough because young seals have a hard time swimming in it and can drown. The water was pretty rough that day so that is just what this little guy's parents did. Let me tell you though I had a hard time leaving him. I was completely panicked that the next person wasn't going to be as nice as were were or keep enough of a distance. I can't imagine how the seals in the water must have felt!
Thus ended our final day in Lincoln City. No whales but we did get to climb up to the top of a lighthouse and found a baby seal on the beach.

That sounds like an excellent day! The pics are wonderful and as always, your family looks so beautiful!

That baby seal melted my heart. What a handsome little fellow.

Preston is such a big boy! Handling those stairs all by himself is such a feat.

So fun! That baby seal is so cute! And good job Preston on walking all the way!