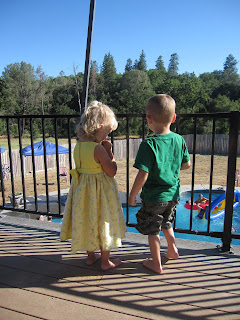 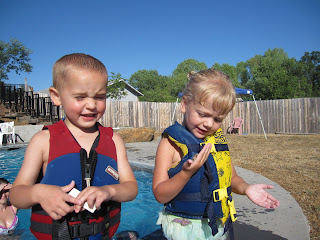 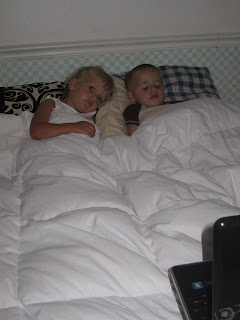 Preston has a cousin down in California that is almost exactly the same age as he is. Well I guess technically Emmy is my cousin and Preston's second cousin. Emmy was born in May and Preston was born in July, so they are only a couple months apart.

Preston LOVED having a friend in California. And a fellow Dora the Explorer fanatic! I loved watching them interact with each other. The last time that Preston and Emmy were together they were only five and seven months old. So they obviously interacted much better this time! You know minus the fights over toys.

Hopefully we can get them together again before another two and a half years go by!

So sweet! It's funny because Meredith's nickname is Emmy too! I'm not sure how we started calling her that, and I know it's normally used when a girl is Emily, but Emmy has just stuck with her!