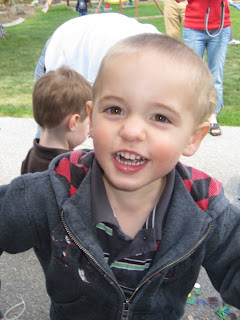 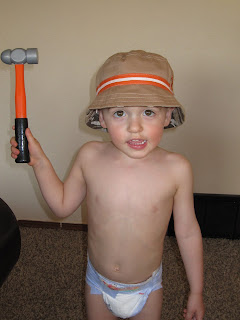 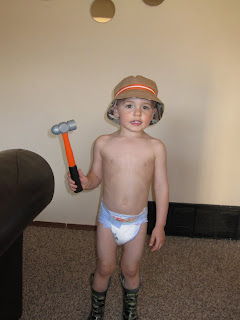 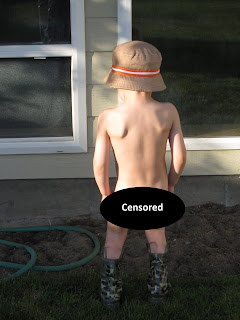 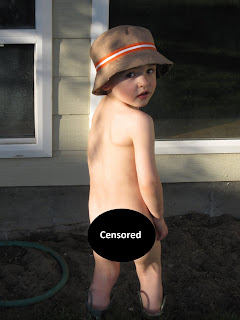 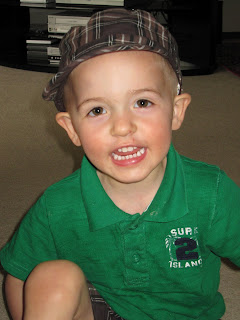 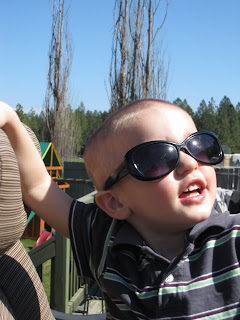 It's about that time again! Time for a Preston update. These are my favorites too. I love realizing how much he's grown and how much more he knows. Mostly though I love remembering all the ways my little monster keeps me on my toes.

He's really big on role play. His imagination is just going crazy. Everyone is something. Even his toys. It's so much fun to watch the stories that he's creating in his head.

He's all sorts of friendly. Seriously Preston hasn't met someone he doesn't consider a friend. And I do mean hasn't met someone. As in two seconds after meeting a person he considers them his friend. He walked right up to our neighbor and said, "Hi, I'm Preston." No big thing. I don't know that I could do that as an adult! Ha!

He's been naming things lately. But it's not all that creative. Every single thing is "Dai-la". His kitty cats. His toys. People. It's all the same to him. Even the baby in Aunt Jessie's tummy. I think she's taking it into consideration. Not! But if you ask Preston to name something that's what he names it.

Speaking of babies in the tummy. Preston is very interested in those babies. Everyone has a baby in their tummy. Or he wants to know. He'd also like me to have a baby in my tummy. Sorry kid. Not happening.

But if it was he'd make a great big brother since he keeps getting me things for the baby in my tummy.
babies in tummies

Except for that part where he is very insistent that he doesn't want, "No sister. No brother. Neither!"

It's a little bit of a problem for the babies in the tummy.

Preston is not up for sharing his Mommy just yet!

He is all sorts of bossy these days. Going around telling everyone what to do. Even his little friends. If you need something to do just find Preston he'll tell you what to do and where to go. I'm thinking it goes with the oldest and only child territory.

He knows what he wants. And it's not enough that he wants it. He insists he NEEDS it. Like it's some sort of an emergency.

Even at almost three, he's still the best little cuddler. Hops right up and snuggles in. It definitely helps make up for all of that two year old behavior!

Oh my word the gag reflex on this one. It's insane. Even the smells of certain foods and he's gagging. Something tells me food is going to be quite the battle with this one!
Easy gag reflex.

I was getting in the shower the other day and Preston was watching TV and Yo Gabba Gabba was just starting. It's not a show he typically watches and it was just starting so I was going to go with it because Mama needs a shower. Apparently there's a reason we don't usually watch that one.

Preston: "I not your friend."

Well then. That settles that!

Just an average day in the life around here.