I got to watch my nephew a couple weeks ago. My sister had to work and her boyfriend had an appointment. That meant it was my lucky day. Well mine and Preston's. And I like to think Masons too.
Since it was 80 degrees out we were already playing outside when Mason arrived. Preston was even playing in his sand and water table and partially soaked. Have I mentioned yet that I absolutely wihtout a doubt LOVE Spring? Oh good, I'm glad we got that out of the way.
Anyways, since we were already outside when Mason came over to play I took him outside with us!
What happened next is sooooooo not my fault. I was just so excited about Spring and playing outside and Mason having never seen Spring before. I wanted to make sure that he got to see why playing outside was just so fun. He went down the slide. With some assistance of course. Rode for all of two seconds in the little push car. He kept falling forward and then deciding to chew on the wheel since it was there. Then we tried the wagon. Where we discovered that almost four months old is just not quite old enough for the wagon. Finally we tried the swing. Mason was big enough for the swing. Not too small, not to big, but just right. It was all just a little too much like Goldilocks and the Three Bears. 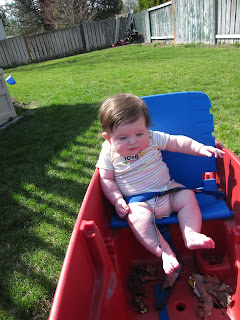 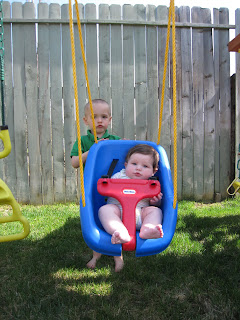 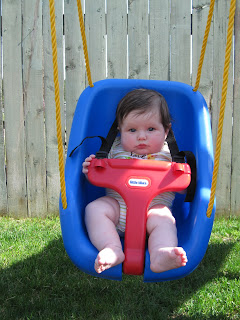 Not to be forgotten, Preston also played with all of the toys. He went down the slide. He insisted on sitting in his push car. He did bypass the wagon in favor of his little four wheeler though. Then he began picking me weeds flowers. 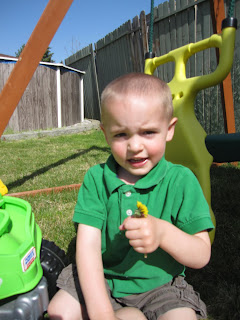 The best part about having Mason for an hour? Well at least almost the best part? The cousin photo shoot that I forced both Preston and Mason to participate in! Mason really didn't have a choice as he's not mobile yet and Preston was bribed with the promise of juice if he would just sit down and hold Mason one more time please. And in attempts to get a smile I promised a BIG juice. 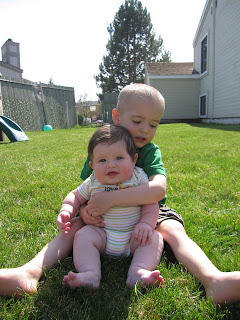 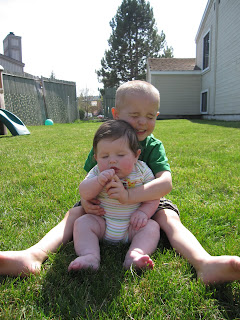 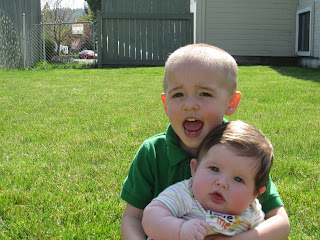 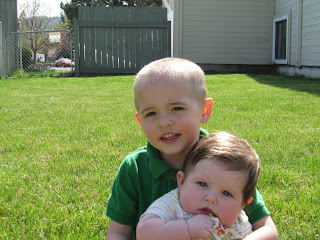 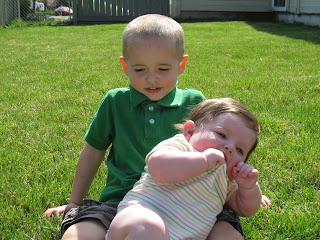 Obviously there were no perfect pictures, but still how stinkin' cute are they?!

awww, they look sooo cute together! That's great that you got them both to sit so still! Was it tough watching the both of them?