Enter my fabulous mother in law. She texts me asking if I'm home because she has plants. Heck yes I'm home! Although I will admit to being a little confused when she said she had plants.

Then she arrived. With plants. And dirt. And mulch. And a decorative mow line. I think I hit the jackpot.
You know, I think Preston might have hit more of a jackpot than I did. He was beyond thrilled about this new digging project. He went right to work. 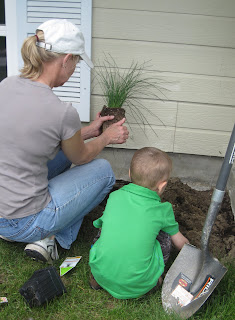 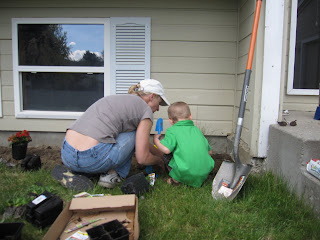 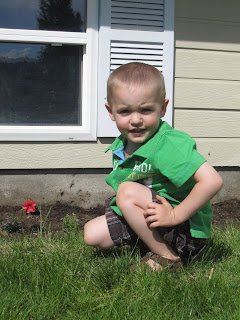 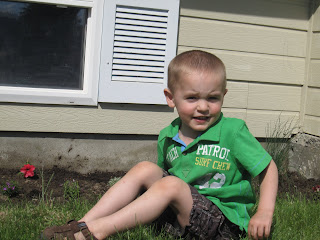 He had so much fun that Gigi invited him over for a flower planting party at her house the next week.
We arrived and Preston was very excited to see all the flowers. He was interested and a willing helper at first. Then he saw the sprinkler. And the basketball hoop. The balls. The rocks. The sheer beauty of being outside. He did plant a couple of flowers though. And pose for some pictures. 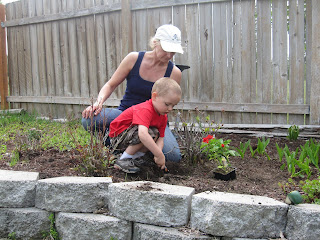 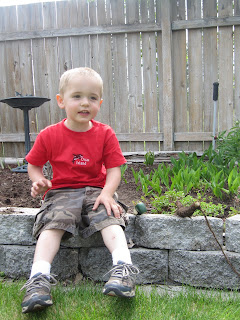 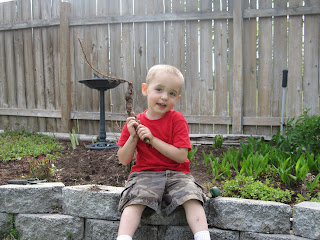 Now we just have to keep our share of the flowers alive! As long as Preston is in charge of watering them I think we have to worry about them getting too much to drink rather than not enough!

very cool. I just saw some really cute planting kits at home depot i think this is something that could keep my little man entertained but id have to worry bout the same thing... poor flowers drowning lol