How is that possible? Especially since I walked around all day yesterday thinking, it's only Wednesday?
I don't have a lot of one thing to say, so I'll give you a little of this and a little of that. Just to keep you on your toes.
---------------
I'm attempting to do a little bit of a life cleanse. It's not as serious as it sounds I promise. I've been going through the house lately and in full Spring cleaning mode I've been clearing out the garbage. I feel like it's kind of time to do that in my life. Re-evaluate friendships, relationships, spending habits, how and where I spend my days. Try to stop worrying about things I can't control and take control of things I can. So far I'm feeling pretty good about it.
---------------
It was absolutely gorgeous outside yesterday. Seriously beautiful! Preston woke up and very excitedly announced to me, "Mama! The sun is shining!". We spent much of the day outside playing.
I did attempt to take Preston to a park by our house that has a river because he loves the water so much. It was closed. Explaining to a two year old that the park with the water that I'd promised to take him to was closed was fun. Except that it wasn't. And he was furious.
We ended up at my parent's house instead. Where when I told Preston it was time to play inside, he informed me, "I NEED to play outside!". Since he NEEDED to play outside I let him head back out. After all he didn't just want to, he NEEDED to.
---------------
Anybody watch Brothers and Sisters? I just recently got hooked on it. I've watched episodes here and there because it's on after Desperate Housewives, but I've finally committed to the show. I was up until almost 2am Tuesday night watching old episodes! Ummmm I absolutely loved the episode with the surprise birthday party for Nora. I could not stop laughing!
---------------
I have finally been motivated to start working out. I'm not necessarily trying to lose weight so much as I'm trying to tone what I have. I am in need of some serious toning. Serious toning. I walked with my Mom the other day and then did some elliptical. I was shocked at how good it felt. How much more energy I seemed to have. Not to mention what a better mood it put me in for the rest of the day. It's time to get serious about this and actually stick with it!
Taking any and all workout suggestions. I feel that my biggest problem areas for toning are my thighs and abs. Any awesome amazing workouts? You know the kind that work fast? I want to see results people! :)
---------------
I've decided to plant flowers in front of our house this year. We have the perfect spot. Right in front of some windows and it's just a straight patch of dirt. Now I just have to figure out what I have to do before I plant the flowers. I'm thinking I'm going to be calling my MIL for advice on this one, as she is big on yard work and seems to know a thing or two about flowers and plants.
---------------
My friend Kelly had her baby last week! He is soooo cute! Seriously! I went down and visited her at the hospital after she had him and I just couldn't get enough of him. I kept unwrapping his blankets because I just love little baby toes and fingers. And tummys. And cheeks! I just love little babies! I get to go snuggle him again today too, I am soooo excited! 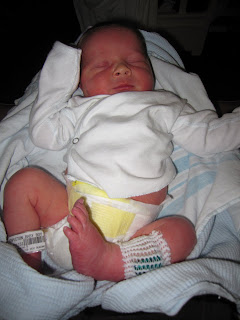 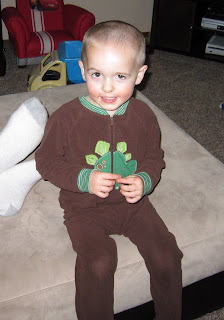 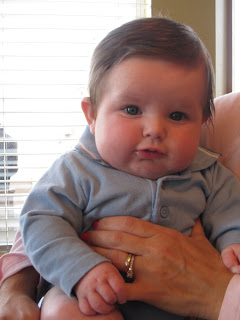 well I am trying to do the same thing (tone up) and NEED a workout buddy b/c unless I am held accountable, I find excuses! :) I would love to find someone to meet at say 9:00 am after I drop off Teagun at school and walk/run (would LOVE to eventually work up to a half marathon, but would be good with a 5k for now). I signed up for Jillian Michaels site and have several of her circuit trainings printed off...we could even alternate between cardio days and strength training days. Can you tell I'm desperate for a workout buddy! lol!

I too am doing a little life cleanse, and it feels good!

I recommend the 30 Day Shred by Jillian Michaels...it's just 20 minutes a day for 30 days. I didn't lose weight {but I didn't need to} but I toned up like crazy...best abs of my life!!

Meet me on Wednesdays for yoga at the Y!!!!!!!! It's amazing for toning (although, I'm not sure if my stomach will EVER be the same as it was pre-babies), lots of ab work. Plus, you're so relaxed afterwards, love it!

Your nephew is adorable, love his hair!