Christmas has come and gone! Honestly I'm glad that it won't come for another year! My house still hasn't recovered. What with my sister going into labor the next day and Monday and Tuesday being so crazy, there are still signs of Christmas everywhere! The tree is still up, the new presents still need to find a home, and the house still needs to be cleaned up after hosting Christmas dinner. So much to do...and yet I still have to catch the blog world up on our Christmas! I have priorities people! :)
Preston refused to wake up Christmas morning. Brad and I were both up a good hour before him. Finally at 10:30, we went and woke him up because we couldn't wait any longer! 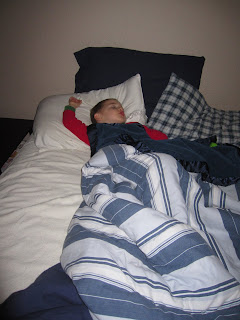 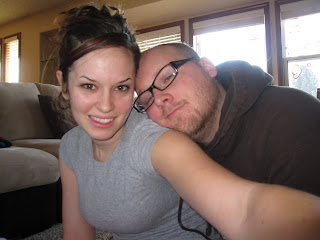 Preston was a little bit out of it but once he realized that Santa had already opened and set up one of his toys, Preston started to wake up a lot more! So we dug into the pile of presents surrounding the tree. The majority of which belonged to our two year old. As our only child and the only grandchild (then) on both sides of the family, Preston was more than a little spoiled on Christmas this year. 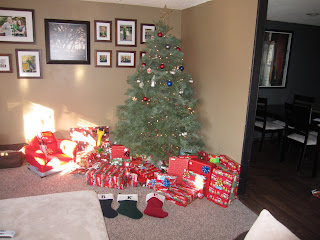 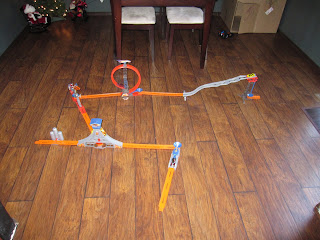 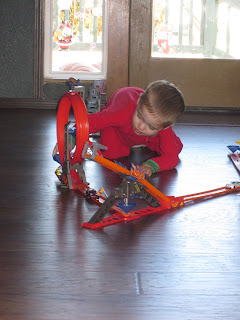 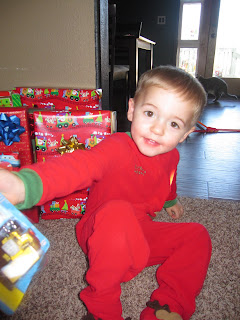 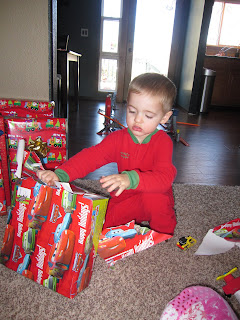 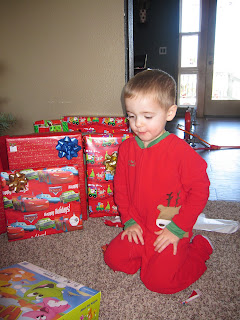 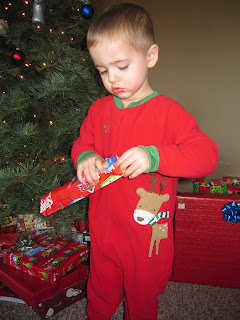 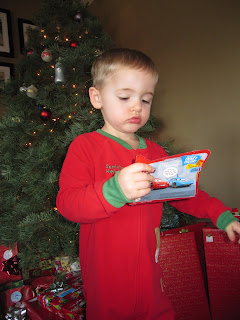 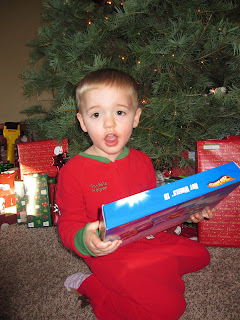 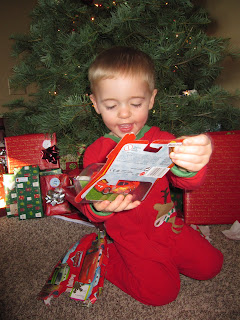 And opened some more. 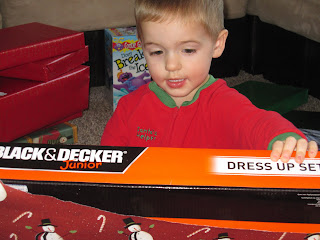 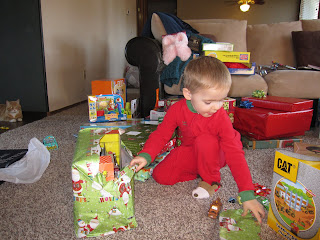 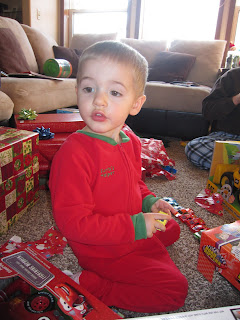 Preston started to get into a little bit of a routine. It was hard keep him focused on opening each and every present, especially since he wanted to play with just about all of them! He would unwrap a gift, hand it to Brad to open up, and then I would hand him the next gift to unwrap. It took an hour, but we got through all of the gifts under our tree and survived!
I wish I could say the same about our living room! 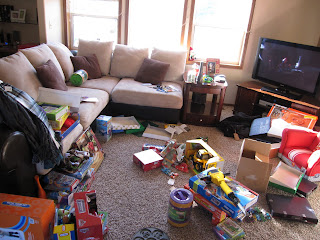 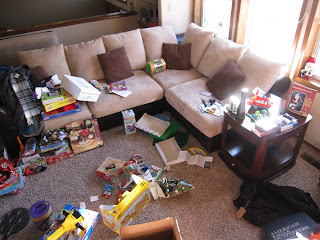 Preston took in a haul! Among his gifts were a camera, Rocketship, a million Cars cars, Little Einstein DVDs, blocks, board games, a tool set, car tracks, about a hundred other things that I can't remember. Preston loved Christmas! He got so much that he's still making his way through everything. We moved his gifts into our bedroom and he's stretched Christmas out over the last few days by bringing us a couple of toys a day to open up and play with. I am dreading finding homes for all of his new toys among all of his old toys. I'm slowly sorting my way through everything and moving things around. We'll be moving some of the old toys into tubs in the garage for our next children, donating some of them, and just rearranging others. It's a good thing we have six months until his birthday because there just isn't room for anymore!
After gifts we got started on the rest of Christmas. I was hosting at our house this year. I hate having to hop from house to house on holidays in an effort to see everyone. My solution to that was to just invite my parents and in-laws over here. We could all celebrate together. It worked out perfectly. I think everyone had a great time and with so much help I was even able to pull off my first Christmas dinner stress-free. 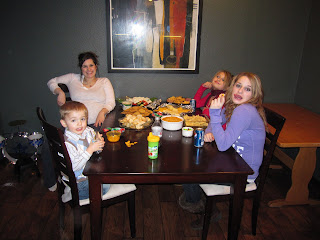 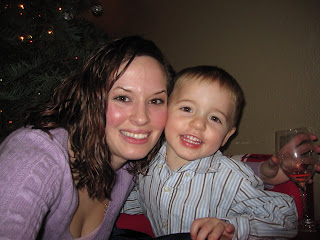 Preston had a blast having all of his family over to play and rotated his way through everyone. He looked absolutely adorable in his Christmas outfit, even if his face was covered in food for much of the day. 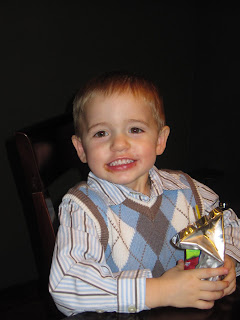 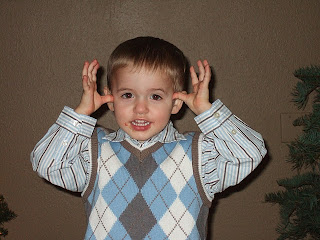 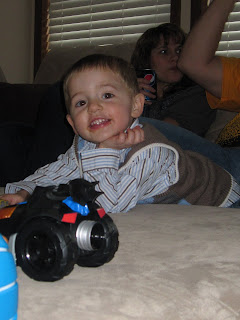 So much fun that he passed out early. Right after everyone left for the night. 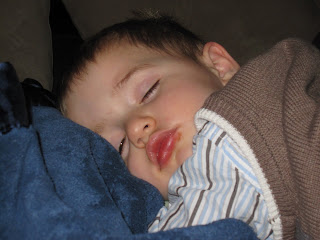 I hope you all had a very Merry Christmas with your families, I know that ours was wonderful!

I started a "tradition" years ago that Santa only brought three gifts one for each of the wise men. When I got to six kids I was glad and so was my wallet!!!

what a fun day! I also LOVE your couch...I have been lusting after that exact one for a while now!

Looks like fun!! I know where his outfit came from...it might be because Jaeden has it too :) lol..

..I have been lusting after that exact one for a while now!