The last one. For a couple months at least. Like I said, almost everyone I know is pregnant these days. I'm surrounded by babies! Or people about to have babies.

This one was for Courtney! Courtney is due about a week after my sister, in January, although since she's already dilated to a 5 it might happen a lot sooner than that! Who wants to start placing bets? Good thing we decided to do her shower a month before her due date! 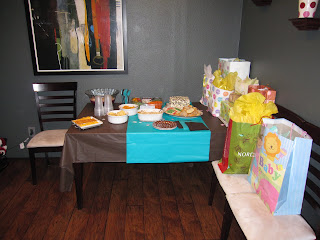 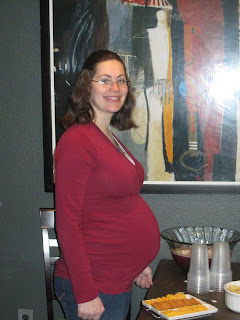 As Courtney is crazy, I say that with love, she won't find out whether she's finding out if she's having a boy or girl until the baby arrives. It's not even my baby and I'm going insane waiting! Don't even get me started on how hard it was shopping for gender neutral baby items. Nearly impossible. In fact so impossible that I did buy her both a boy outfit and a girl outfit and include the receipt so that she can return the one that won't work out. 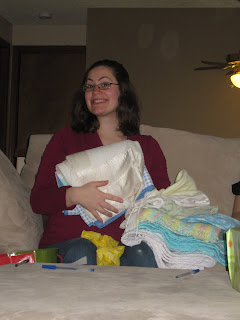 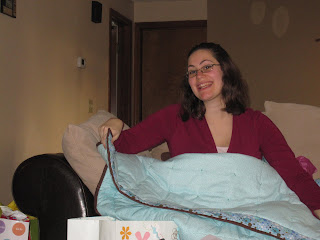 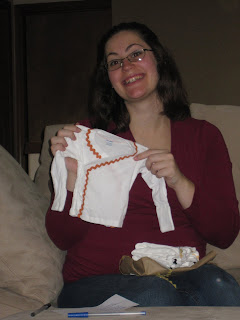 Nearly half of the party was pregnant too! Holy geesh, there is clearly something in the water around these parts. Which is exactly why I stuck to punch at the shower!

In other pregnancy news, no not mine!, my sister is also slowly getting closer to her due date. She's due this month. On the 27th, in fact. At her last appointment her doctor told her that she's 75% effaced. Looks like soon I will be surrounded by even more babies! And I'll be Auntie Kim!

I hope you enjoyed your shower Courtney! I can't wait to meet little Blueberry! 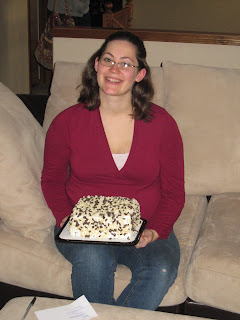 And...we did get our Christmas tree decorated in time. On Thursday night before bedtime. It looks much prettier in the dark when all the lights shine through. I just love looking at all the ornaments! 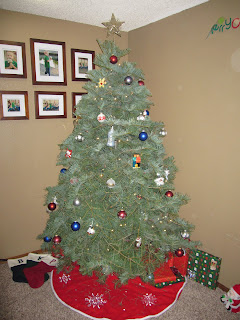 I would have died and went crazy not knowing if I was having a boy or a girl. Everything in stores no a days seems to be one or the other. I bet it was really hard to finds gifts with yellow & green!

Just stopping by from SITS! My best friend went through two pregnancies and did not find out. It drove us crazy, but was fun at the same time. She wouldn't even tell us the names they were considering!

Have a great week!