A very non-pregnant way. Just to set the record straight. I am not pregnant. NOT PREGNANT. Whew, now that we've gotten that out of the way. 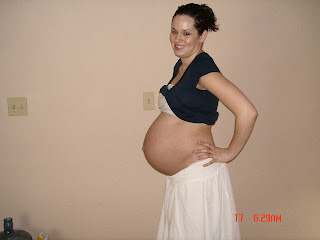 I'm sure you've noticed that I'm around a lot of pregnant people lately. If they aren't pregnant it's because they've just had a baby. That's a lot of talking about pregnancy and infants and getting ready for babies. A lot of baby gifts that must be bought. A lot of baby showers that must be attended and thrown. A lot of time spent thinking about babies. It's not difficult to understand that I have babies on the mind these days. 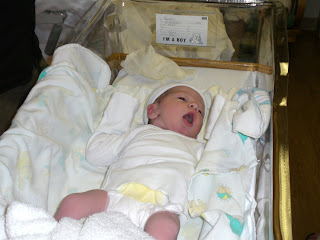 Not in the "I want a baby" way. I know that I'm not ready for another baby just yet. I'm enjoying having my body back. I was pregnant for nine months and then nursed Preston for 21 months. That's a long time of sharing my body. Not to mention the sleep factor. Preston was not a good sleeper. At all. All the way up until we quit nursing Preston could be counted on to wake up every 2-3 hours every single night. Meaning that I also woke up every 2-3 hours up until Preston was 21 months old. Add in the fact that pregnant women don't really sleep all that great, and I've got a whole lot of sleep to make up before I do this all over again. 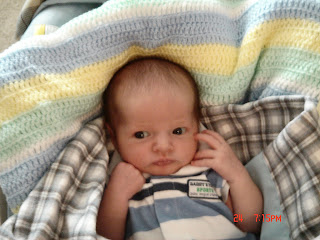 I'm also enjoying having just Preston. It's easier to get out of the house. He's starting to get to that age where he's more able to do things on his own. Yet he's still such a little cuddler that I don't feel like he's too grown up to need me. Not to mention that I really don't think that Preston is ready to share us. He's very territorial. We are his and while he is willing to share me and Brad to a certain extent, adding another baby to the equation would more than likely be too much sharing. Sharing that I'm not ready to impose on Preston just yet. I only get these first few years of me and him for so long before he's too grown up or there is another baby. Plus Preston really just is a handful. He's two right now and full of energy and I only have two hands and currently he requires both of them most of the time. 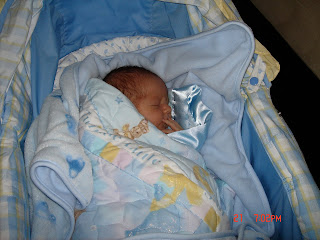 Don't misunderstand what I'm saying, for some families having their children close together is ideal. Part of the plan and a well thought out plan at that. I have different spaces in ages with all of my siblings ranging from 2 years to 11 years, so I see the benefits of closer aged siblings and further aged siblings. It's just that spacing Preston and our next baby out by what I hope to be five years will work better for our family. 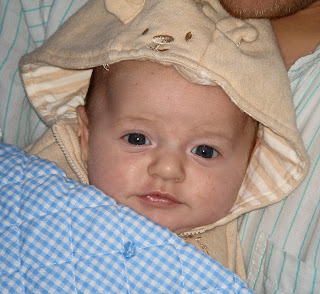 The point that I so easily veered from is that I'm surrounded by pregnant women and newborns. Do you know what pregnant women do to prepare for their newborns? They nest. Baby item are purchased. Nursery themes and ideas are discussed and purchased. Baby furniture is picked out. A nursery is created and all of those teeny tiny little baby clothes fill the dressers. All to welcome baby. Guess what I've been feeling an overwhelming urge to do lately? NEST! 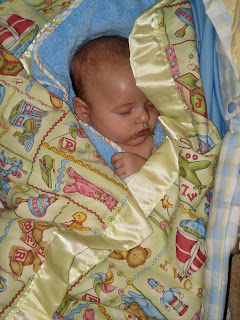 Nest for the baby that will happen...down the road. Down the road in an estimated 3 years. THREE YEARS! A baby that I don't even know the sex of. A baby that currently doesn't exist. Yet I am filled with the overwhelming urge to buy this baby things. To pull out all of Preston's baby things. To begin decorating my future child's nursery. This may have gotten worse when I realized the other day that Preston's bedroom is just that, a bedroom. It's no longer a nursery because he is now a toddler rather than a baby and toddlers have bedrooms not nurseries. 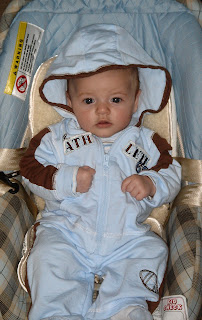 This crazy urge to nest got so bad that about a month and a half ago, I freaked out. I began to clean and clear out Brad's office. Brad's office is our future nursery. Where I will go crazy with baby things for our next baby's nursery. This may have gotten so out of hand because I'd recently picked out both boy and girl nursery themes on a trip to Babies R Us with my sister while shopping for my future nephew. I was having a near panic attack at the mess that Brad had made of this room. There was crap everywhere. I do mean everywhere. I didn't marry Brad because he is the cleanest person in the world and that is evident when you look into his space. But in that moment that room was no longer Brad's. It was the baby's. You know the baby that still has yet to be created. This panic even resulted in me calling Brad while he was at work to talk about moving everything out of the room. I was desperate to create more of a relaxing atmosphere in our future child's nursery. Move in a couch, a TV, a lamp, and a bookcase. A "calm" room was what I referred to it as. Fortunately I was having this discussion over the phone with my husband so I only had to hear his reaction not see it. Even more fortunate, I came to my senses and realized that you don't start preparing a nursery three years in advance when you need the room right now, before I'd emptied the room out. 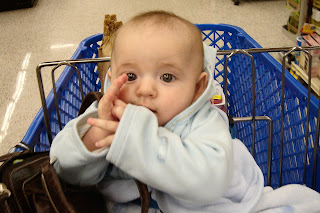 But I'm not just nesting in a shopping and decorating kind of way, I'm also freak cleaning. My house had never been so purged of junk. So organized. Everything has a place and it needs to be in it's place. I'm going through areas of the house that I haven't messed with since we moved in three years ago. I even finally got around to bleaching and really sanitizing the downstairs bathroom. Score for nesting. I've ordered pictures from a vacation we took two years ago, because I needed to get those photos in an album now! I've picked through my closet, Brad's closet, and Preston's closet removing any and all items that no longer fit, are no longer in style, and things that I just don't like anymore. Even the garage is cleaner. Brad's half as well as mine. My half is usually clean, but Brad's side not so much. That in itself in an accomplishment. Not to mention that I packed up all of the summer toys and organized the storage containers they go in months ago. Poor Preston has been digging through them for his toys whenever we played outside and I would have to stop myself from following him around and picking things back up and putting them away as he finished playing with them. OUTSIDE! 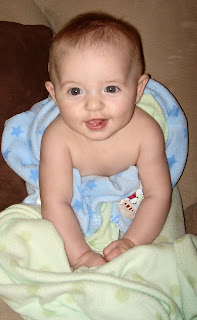 I think it's obvious that I am ready for all of my friends to have their babies. I need to get past this nesting phase and I'm really hoping that when I'm surrounded by all these newborns everywhere I look that I don't develop baby fever. Although I have already informed a certain friend that while she may be pregnant now when I get pregnant in two years she better be ready again! That's right Courtney I mean you! I mean what good is having friends if you don't make sure that your kids are friends with their kids too? 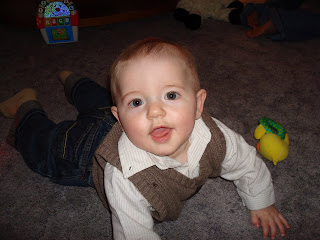 All this baby talk makes me want to pull out all my pregnancy and teeny tiny baby Preston photos...oh wait it looks like I already did! Wasn't I huge? And Preston is all of five months and younger in all of these photos, he seems so small! You didn't think that I could do all this talking about pregnancy and newborns and babies and not remember mine did you?

Those pictures are precious. And you were pretty big but you looked awesome!

I cannot believe you managed to nurse for 21 months. You are a trouper!

I totally undertand the wish to spread the babies out. And you're lucky to have that option b/c you're so young, there's no "ticking clock" yet. :) Funny how you're nesting. :P

LOL, cute post Kim. If you still have the urge to nest you can make your way to my house! We have 5 months left and I have yet to begin! See you soon?! K, thanks!