No. I'm not pregnant! THAT is not my big news. Contrary to what just about everyone in my life seems to think lately, I am not pregnant right now. But this news is bigger and right this second I think it's better. 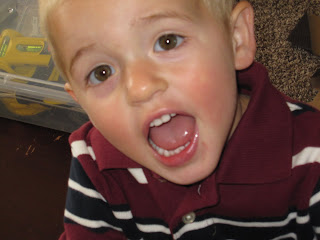 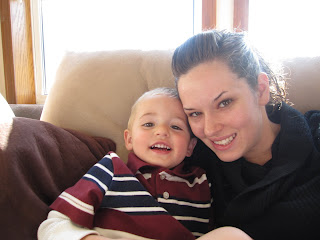 The only thing I know for sure, so far, is that we are going to need some more gummy bears.

it's all trial and error...just keep continuing to follow his lead. I took Anna's potty seat in the car with us and would have her sit and go before we went inside anywhere. that seemed to help until she was comfortable going in public restrooms. good luck!

Congrats!! Sounds like he is getting there! Gummies and a singinf potty what more can a little guy ask for. :-)

Do you get your gummy bears from costco? If not you should, they have a HUGE bag of them for pretty cheap.

So exciting for Preston! I heard that once you start potty training you shouldn't go back.

That is so great! Congrats to Preston! (and his mommy)

Your post was filled with so much joy that I was even happy about the potty training and I don't have children! Sounds like you're on the right track! Woot!

Hi!
Congrats for your son!You have a beautiful family!
Like your blog!
A Mom form Hungary