The first of many. Soooo many to come. Just about all of my friends are currently pregnant right now. As is my sister. If I'd wanted to be pregnant with one of my friends, now would have been the time. You know if only I was ready to have another baby right now. Which I'm not. Sounds like I have a little bit of a problem. If only my friends weren't so selfish and had been willing to wait a year or two and get pregnant with me. Sheesh, some people!

Last weekend was Kait's babyshower. Kait is currently almost ready to pop. Two weeks from her delivery date, ready to pop. It was time for a baby shower! She's having her fourth and it's a little girl! Lucy! I'm pushing for Lucy Kimberly, but Kait doesn't seem to think it's going to work out.

And back to the shower...

I assisted Courntey in putting everything together and we pulled it off! What can I say we have the talent. Really though, I think you'd have to say that Courtney pulled it off. I was only in charge of coffee and breakfast foods. Which left everything else up to Courtney. But those breakfast foods were pretty amazing, if I do say so myself. Maybe not quite as impressive as the decorations and party favors and games and cupcakes and punch that Courtney provided. But I tried.

Doesn't Kait look great for eight and a half month pregnant! 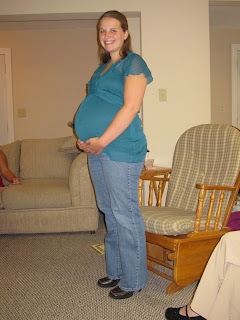 There were games of course. Kait's Grandma won the "guess how big Kait's belly is" game! The rest of us were all WAY off. Except for Courtney who used her own pregnant belly as a reference. 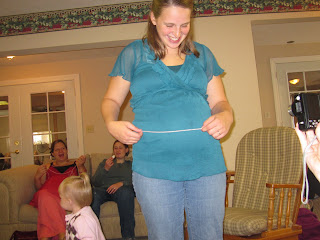 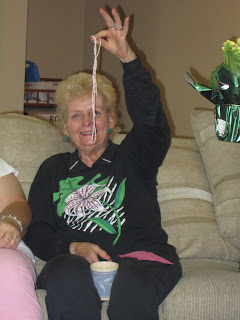 There was food. Obviously. Plus presents. What's a baby shower without presents?! 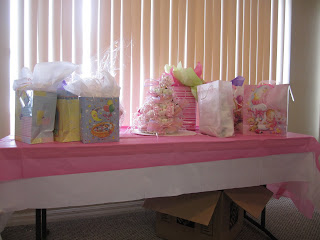 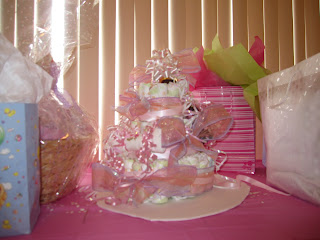 Notice the diaper cake in the center? Yours truly made it! It only took me two whole hours the night before! But definitely worth it, look how adorable it is.

Kait was pretty excited about it. As evidenced here. 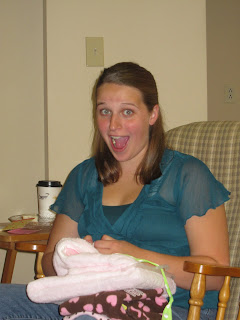 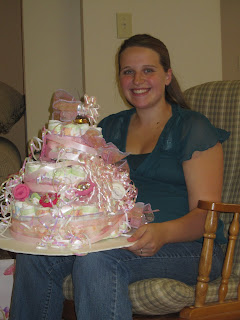 It was so much fun! To think I only have to pull off at least two more of these. One in October for my sister and nephew. Another in November for Courtney and her little blueberry! And who knows who else. I'm seriously surrounded by pregnant people. At least that means there will be parties!

lol. What a cute pregnant person. I might have to steal some of your pictures.
The baby shower was a blast and those seriously were the best breakfast foods I've ever had. No joke. :)

I am assuming its a girl with all the pink. lol I love, love, love the diaper cake. Seems everyone is having a baby these days. lol

Planning a shower is such hard work! It was so thoughtful of you to help out!