On Monday night when Jen asked me what time Preston got up in the morning, I smiled and told her never before 9am. Apparently Preston decided to prove me wrong on that one. Bright and early at 8am-ish he was up and raring to go. I, on the other hand, not so much. Five more minutes...please!
Once we'd all been fed, showered, and dressed we were out the door. We had a busy day ahead of us. Jen had taken the day off from work to do some exploring with us. And explore we did!
We started with the DUCK tour. What is a DUCK you ask? It is an amphibious vehicle. Meaning that it drove us around on the streets of Seattle first, showing us all the cool sites. Then, now here is the cool part, it headed over to Lake Union and drove right on down the boat ramp and into the water. Where the second part of our Seattle tour took place. To say that Preston loved it would be an understatement. He was in awe when our "cool truck" headed into the water. 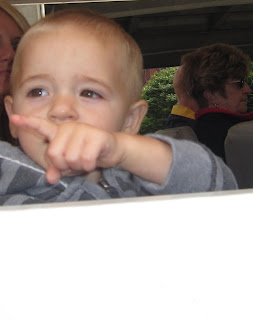 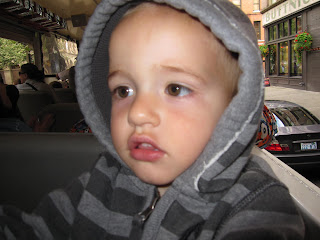 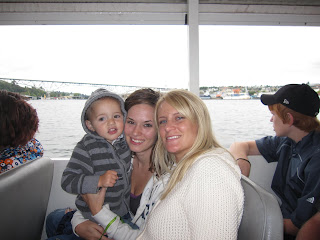 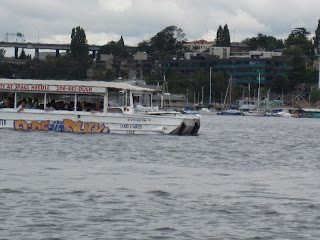 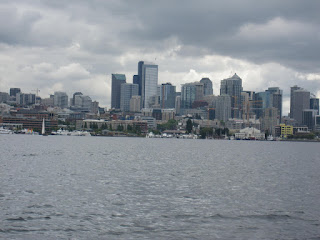 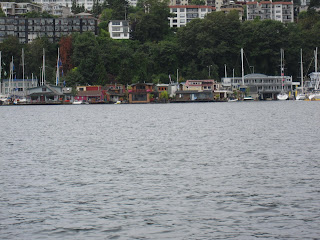 Not to mention that Jen and I both enjoyed seeing the sites and learning so many things about Seattle that we didn't know! And our tour guide was hilarious! I mean truly hilarious! 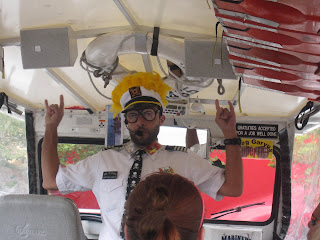 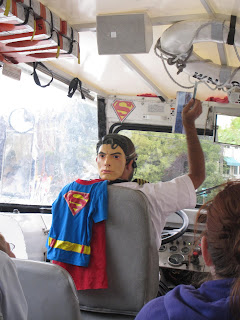 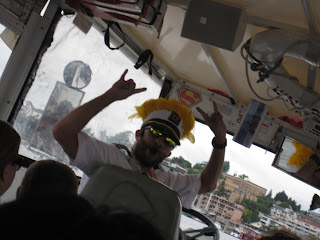 We had lunch at a sports bar/restaurant that had TVs for every booth. Can I just stop for a minute and tell you how incredible I thought this was. Especially since Preston seems to have reached a point where eating in restaurants is near impossible if not completely impossible. I turned on some cartoons and it made lunch somewhat nice. I was actually allowed to have a conversation. Imagine that!
Preston is also doing this thing where he doesn't want to eat in the restaurant. He barely touches his meal, but as soon as we get in the car and I hand him his to-go box he's ready to eat. Drives me bonkers. When my food comes I want to eat. Which is difficult with a two year old who can't seem to sit still for the life of him. Any ideas?
Across the street from lunch was a mini amusement park. Perfect for Preston. I was a little nervous as he has never gotten onto a ride, big or small, all by himself. The butterflies in my stomach only got worse when I realized that not only would I have to set Preston on this ride alone, but also that I would then have to step outside the gate before they would start it. Thus leaving Preston alone on the ride before it even started.
It didn't help that Preston saw the rollercoaster moments before I was supposed to step away from the little car that he was strapped into. He instantly changed his mind about what ride he wanted to go on and started yelling, "Out, Out!". I stuck to my guns, stepped outside the gate, and Preston's whole face crumbled. Crumbled, people. He was freaking out. Not only would I not get him out so that he could ride the rollercoaster, but then I'd left him in there. What was I thinking?! Then they turned the ride on. Preston's horrible pout/terrified face turned into his mouth dropping open when he realized that his car was moving and he was sitting in the driver's seat. He was beyond excited. He couldn't stop smiling. My heart started beating again and life continued. 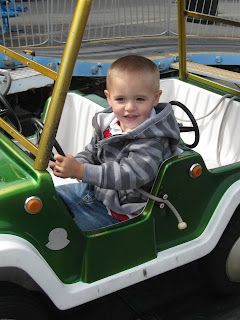 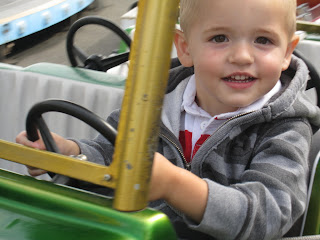 At least until the ride ended. Preston did not want to get off. And only got off nicely when I promised that he could ride another ride. Which continued on and on until we ran out of tickets. Preston enjoyed the little kid cars, the rollercoaster, the airplane, Dumbo, the carousel, the bumper cars, and finally the slowest boat ride ever. After the boring boat ride Preston was content to leave. I think he was a little afraid that the next ride would be just as slow! 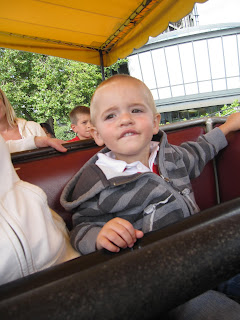 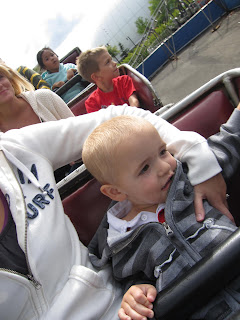 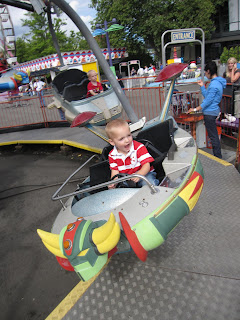 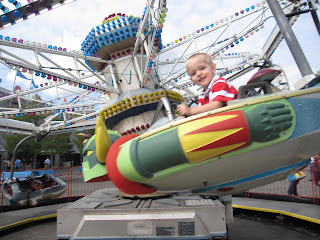 From there we headed to Alki Beach. It was absolutely gorgeous. A girl could get used to this. Preston thought it was the coolest place ever. Hello, rocks AND water! And the fact that he could throw the rocks into the water and not get in trouble. Oh my, Preston was in heaven. He could've stayed here for a long long time. 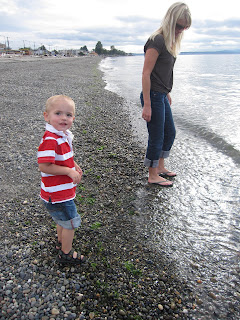 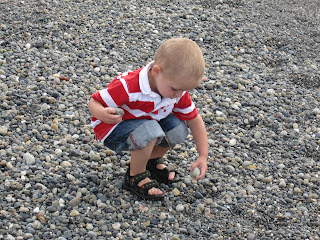 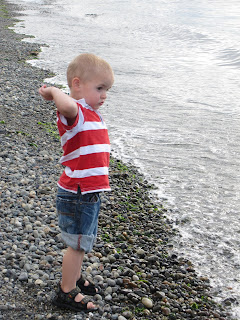 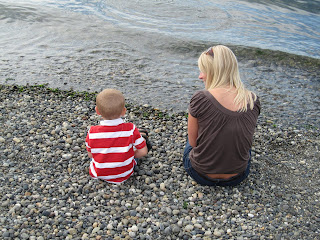 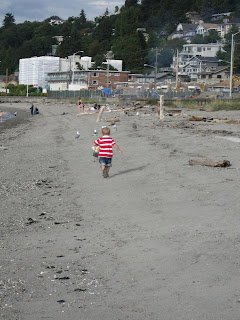 We walked the beach, enjoyed the weather, got some dinner, and headed back to the beach. Preston dragged a piece of driftwood around and was completely entertained to just carry it up and and down the beach. I was hoping that he'd wear himself out so that bedtime would go much smoother that night.
Preston was just being so cute. All he wanted to do was run and enjoy the beach. And when a remote control car was taken out, he was more than content to just sit on the stairs and watch it. My little boy, he's such a boy!
By the end of the day we were all exhausted. It was so much fun to just take a day to relax and explore.
Have I mentioned how much I love Seattle?! I have? Just checking.

Sounds like you had an awesome day. I have never been to Seattle but am dying to go!

I love Seattle too. I so wish I could live there. GO SEAHAWKS. Not to mention Greys Anatomy!

I just posted about my Duck Tour in Boston. They are fun, aren't they! Loved the pictures and cool with the water and rocks. The only time I was in Seattle was a very brief moment before going on an Alaskan cruise. You make me want to go back there and play tourist!

I also love the movie Sleepless in Seattle.

I live near Seattle, and I love our beautiful city! Glad to see you and P are enjoying it, too.

Just last week we had visitors from out-of-town and took them to ride the ducks ... our captain was Joaquin Daplank, this crazy pirate guy - he was so corny and I was the only one laughing ... mainly because I felt bad that no one else was laughing at his attempts to be funny :)