Let's go back a few weeks. Back to the weekend that was Father's Day. That weekend was also another very important holiday day. My birthday. That's right a whole 'nother year older. You'll never guess what day my birthday fell on this year. Sunday. Do you remember what else was on Sunday Father's Day weekend? That's right Father's Day. Every so many years I share my birthday with my Dad's day, and this year with Brad's as well. It only seems fitting that I share my day with my Dad every now and then since I am the one who made him a Father and all, on that very day in fact. I was a Father's Day baby, thus allowing my Dad to celebrate not only my birth but his very first Father's Day. You know, I think he still owes me for that one. 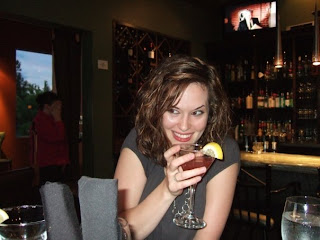 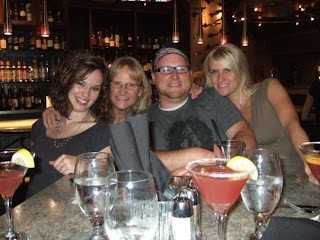 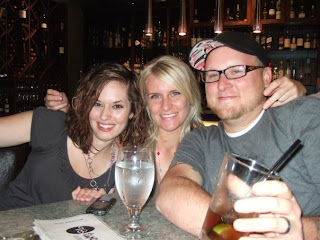 It was a fun night that left me feeling slightly ill the next day. Fortunately for me that "illness" had passed by dinnertime and I was able to dig right into the Thanksgiving like dinner that my Mom had prepared to celebrate both my birthday and Father's Day.

For my birthday I received a new camera from Brad and Preston! As I mentioned before I am loving it. I also received a gift card to one of my favorite martini bars from my mother-in-law, Tammy as well as dinner the night before. A beautiful bouquet of flowers from my sister-in-law, Jen. Who also paid for all of my drinks when we went out that night. My parents bought me the skirts and sweater that I'd recently found and desperately wanted, along with a gift card to my favorite restaurant. All in all it was an awesome birthday. Minus that whole pesky illness that I woke up with, but that passed before the day was over and it was slightly self induced. 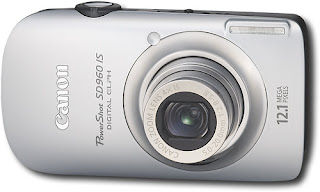 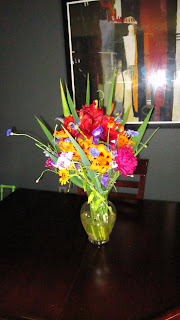 Not to leave out my darling husband on Father's Day, Brad also got presents of course. Preston and I got Brad the hammer that he'd been talking about for weeks, if not months. I would tell you what makes it so special, but I haven't the slightest idea. But Brad loves it. He also got a second hammer when he couldn't decide between the two at Home Depot. This one does something slightly different I'm told but as to what besides act as a hammer, I draw a loss. Brad's happy with his presents so Preston and I are happy.
Not to leave out Preston and his great adventure, that was sleeping over at Grandpa and Grandma's, he did great. He got to play on the trampoline, chase everyone around the house, and cuddle up at the end of the day to watch a Thomas the Train movie. I was informed that at one point before sleep took over, Preston looked at a picture of me and him on the wall and pointed out "MaMa". So he did miss me. Good thing since I missed him. In fact when we arrived the next morning to pick him up because I simply couldn't wait any longer, he was still sleeping. So a good weekend was had by all. 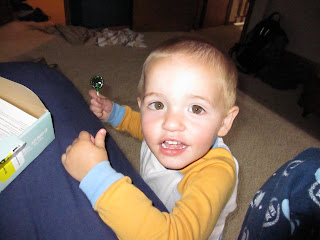 I hope you all had a wonderful Father's Day. You know a couple of weeks ago when it actually happened.

Awww...you look beautiful girl! Looks like you had a well-deserved night out!

Hope you and your beautiful family had a wonderful 4th of July weekend! Take care and best wishes!!!

Anonymous said...
This comment has been removed by a blog administrator.
November 7, 2009 at 7:44 AM