A Week Worth Of Recaps

That really sounds like more than it actually will be. I promise. Especially since I'm remembering my week in pictures and clearly this week I was not only a slacker in the blogging department, but also the picture taking department.

There was a lot of water play this week. What with the weather finally deciding to be both hot and sunny...all week. This is me jumping for joy on my couch. You know except that I'm not, since I'm blogging. The things I sacrafice for you, all five of my readers.

First we played in the water at a local park. Preston was pretty excited because it was his first time in the splash pads this year. Last year he loved them, so I had no doubt that he would love them again this year. He did not prove me wrong. As soon as he saw the water he was itching to get away from me and play in it. The horrible mother that I am forced him to wait until I'd changed him into his swim trunks and then away he went. The water play was only paused long enough for a snack with his buddy Zack and then he was off again. My boy is going to love summer! 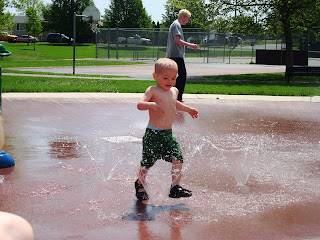 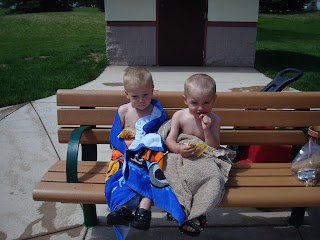 Since I was so excited about the good weather I invited some friends over to play with all of our backyard pools. We had such a good time. Preston really seemed to enjoy having friends over and I know I sure did. Now if only Preston could get past this terrible two thing that seems to be taking over from time to time. If you notice Preston's puffy red face in the photo with the four wheeler it is because his mean Mommy informed him that it was now Aidan's turn to ride. How horrible of me right? Moments later Preston attempted to steal the four wheeler back by pulling Aidan off by his arm! Ummm, hello mortified I'm sure we're going to be great friends over the next year or so. Preston did try to redeem himself by helping Zeke push around a red car like a nice little friend. You know until it was Zeke's turn to take a ride in the car. Even with Preston's naughty behavior I had a good time and I hope my friends did too! 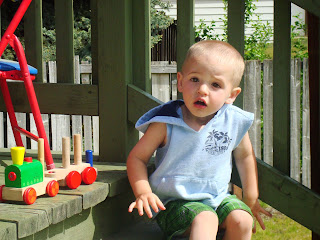 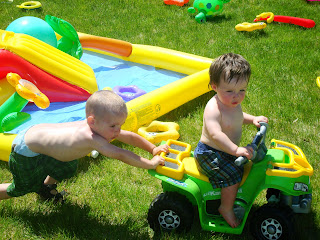 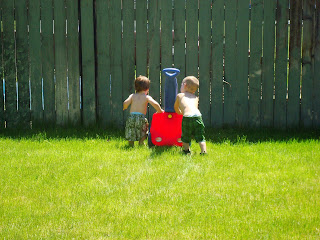 We celebrated a certain someone, ahem, my sister's birthday. Happy Birthday Jessie! Where I also made her pose for her first belly shot. Hello, little baby! 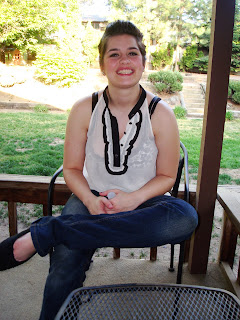 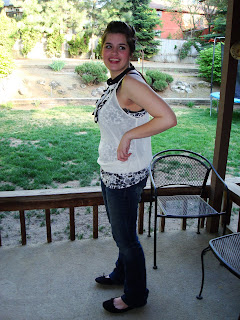 Big news, Preston figured out how to jump on the trampoline. Like really jump. He was so proud of himself and we were all so excited. I even mentioned to my parents that Preston would like a trampoline for his birthday, you know just in case they'd forgotten it was coming up. 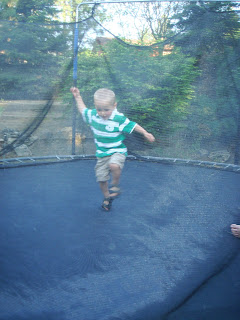 Preston also did his fair share of mac'n'cheese eating this week. Not that I expect that to surprise anyone since it is one of the few foods he actually eats. Just that mentioning it gives me an excuse to share the following picture of him, which I find adorable cheese covered face and all. 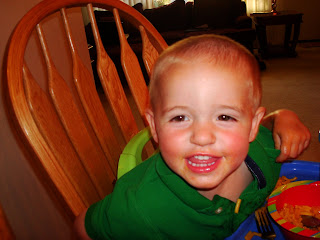 Could those boys be any cuter! Stopping by from SITS!